How Various Newspapers Headlined the BBI Verdict by Supreme Court

By KuluNews.com (self media writer) | 2 months ago 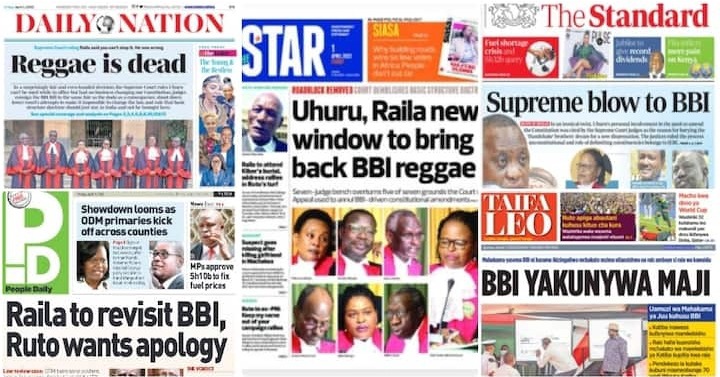 The Building Bridges Initiative (BBI) Bill received another major blow after the petition was filed at the Supreme Court. Chief Justice Martha Koome led a bench of seven judges who delivered the verdict on the Bill.

The verdict was that BBI Bill was not constitutional hence it could not be approved to have the constitution amended at any point through it.

Various top newspapers headlined the failures of the Building Bridges Initiative Bill on their front page, with some having hilarious topic. Take a look: 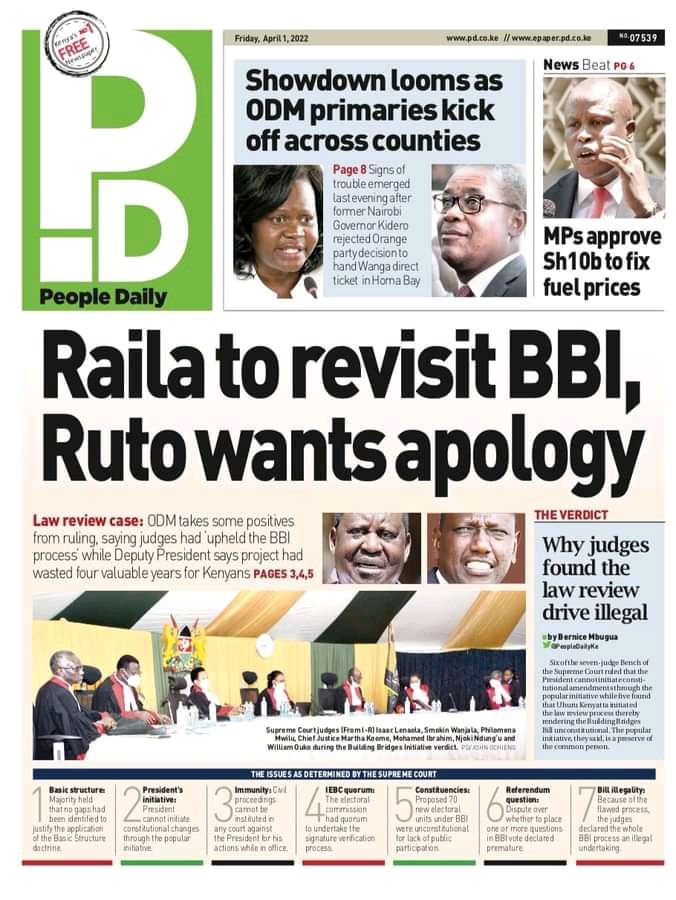 The People’s Daily headline is written about how the Orange Democratic Movement Party leader Raila Odinga will revisit the BBI after he wins the Presidential polls, and Deputy President William Ruto demanding for an apology for everything lost during the BBI saga period. 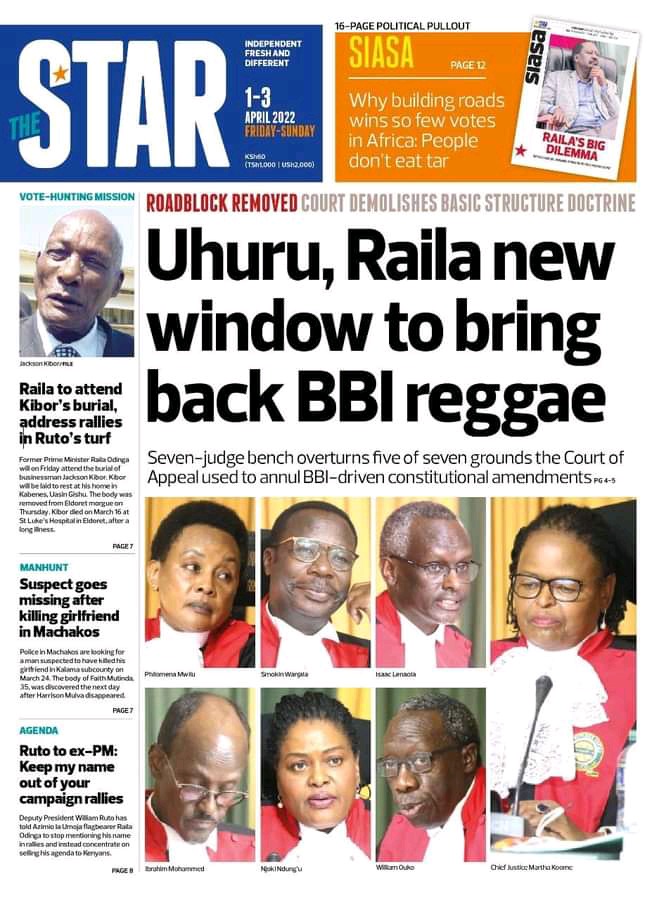 Rather than highlight on the Supreme Court verdict, the Star highlighted on how President Uhuru Kenyatta and Raila Odinga will get a new chapter to resurrect the BBI. 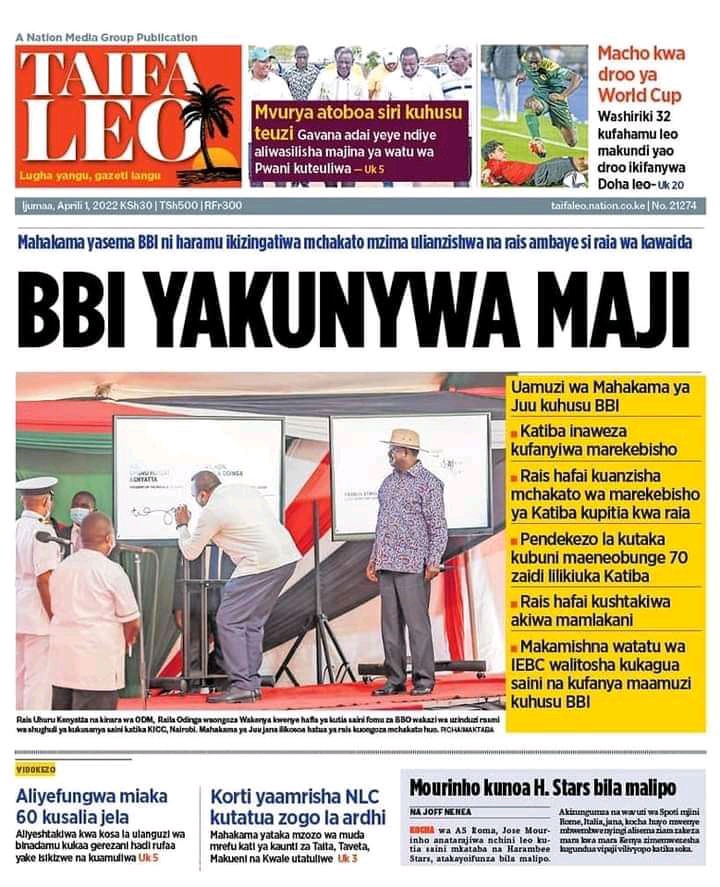 Taifa Leo newspaper went for a hilarious headline which stated that: "BBI yakunywa maji" which is translated to BBI drowns. 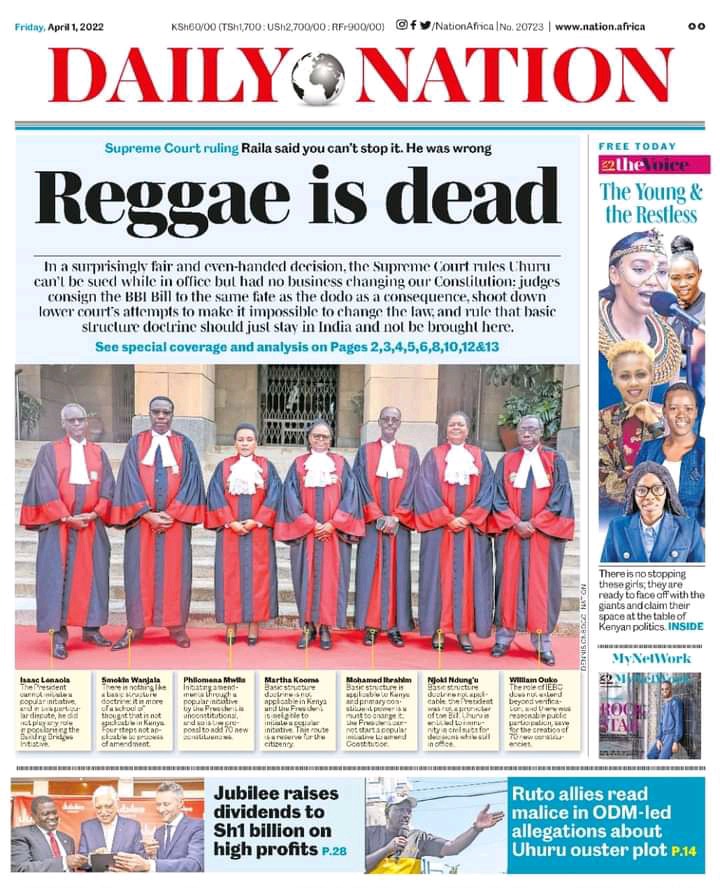 Did the Supreme Court deliver a good verdict on BBI?