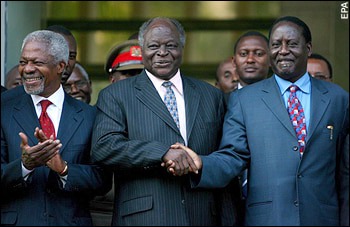 Former Prime Minister Raila Odinga has ignited a series of debate among Kenyans following his latest remarks on development projects in the country. Speaking of his era as a Prime Minister during President Mwai Kubaki's regime, the Orange Democratic Movement (ODM) leader reiterated his efforts with the former President on initiating the vision 2030. 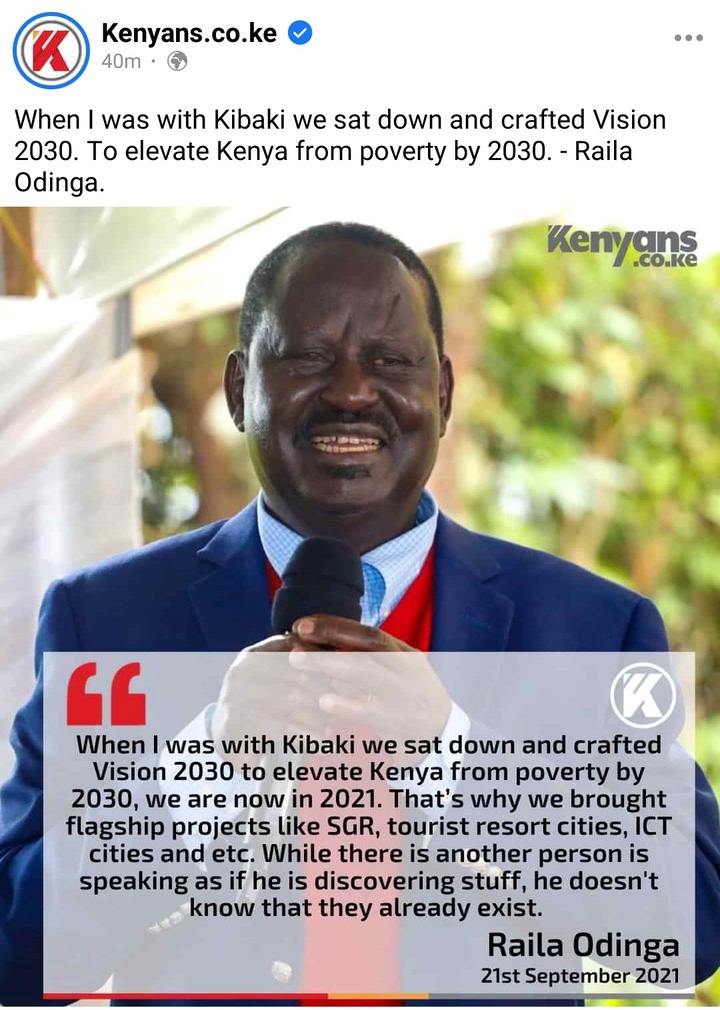 However, a section of Kenyans have not been pleased with Raila Odinga's latest claims on how he launched the vision 2030 and several development projects with President Kibaki. A section of Kenyans have even gone ahead to criticize and even slam him over his outrageous sentiments saying that he is relying on Kubaki's legacy to satisfy his political ambitions.