After Foreseeing Ruto Won't be on The Ballot, Atwoli Makes Another Big 2022 Prediction 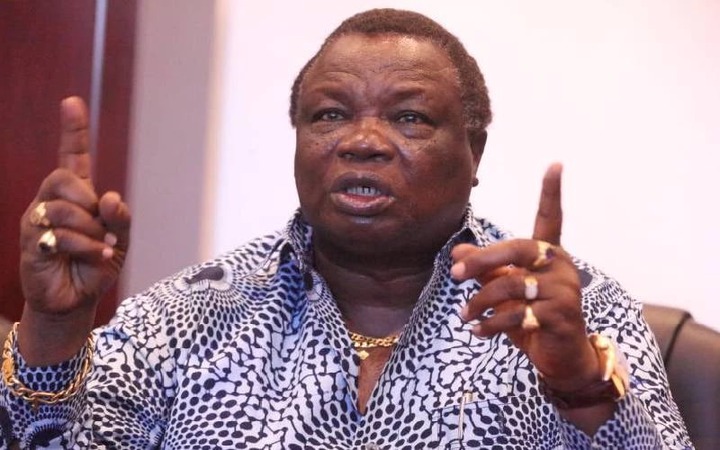 It will be very hard for the people thinking they can go it alone during the 2022 presidential elections to succeed, COTU boss Francis Atwoli has said.

This comes at a time when political players are already warming up for the much awaited contest, with there also being reports of ongoing coalition talks.

The COTU Secretary General says that the coalition route is the only one available for those keen on the presidency, cautioning those thinking that they can go it alone that what awaits them is hard.

He told The Standard of the expensive cost of presidential campaigns, saying that the 2022 contest will be a two-horse race and any other horse keen on participating is dead on arrival.

“Let those who think they can go it alone try. In the long run, there will be only two horses. Presidential campaigns require massive funding and mobilisation that can only be achieved through political alliances. It will be a race of two horses; any other would be dead on arrival,” the trade unionist is quoted. 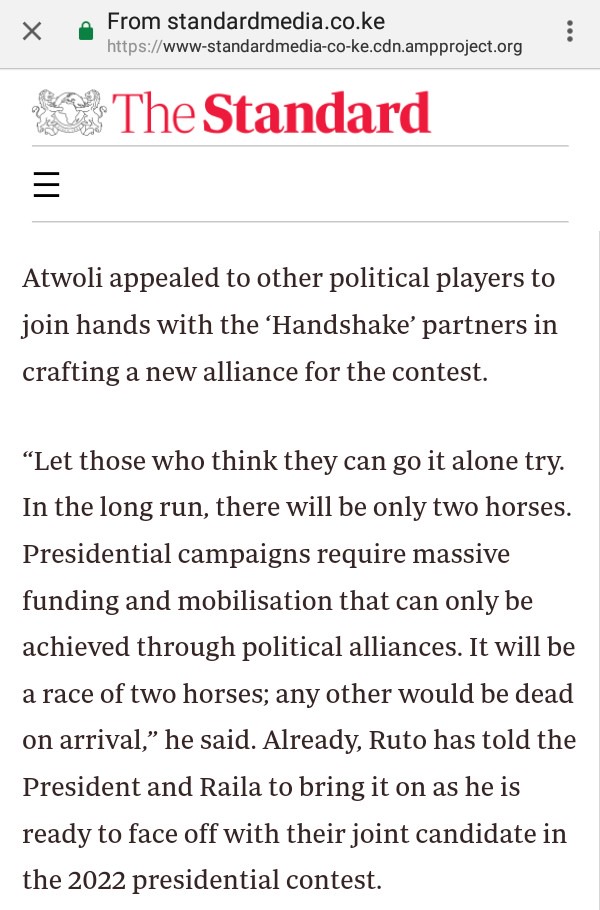 He now wants all the other leaders to support President Uhuru Kenyatta and ODM leader Raila Odinga and their reported ongoing alliance talks, as this camp will provide one of the 'horses'.

The other horse is seen to be Deputy President William Ruto, who has been of the idea that whatever Uhuru and Raila are doing is being done in a bid to stop him.

He has dared them to bring it on, and bring on board any other politician willing to work with them, saying that he has all he needs to secure the top seat.

“I have heard them talk about Jubilee and ODM coming together. Let them know we are not bothered. We have our own hustlers’ party that has no tribal or regional boundaries. We are okay where we are," he is quoted.

ODM and Uhuru's Jubilee have since began their coalition talks, the plan being to front a single candidate in 2022, with Uhuru maintaining that he will not abandon Odinga. 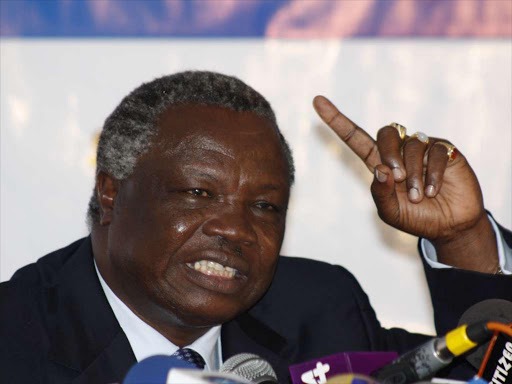 Atwoli, a known Ruto critic, was a few years ago under fire for predicting the worst for the DP, stating that his name will not even feature in the 2022 presidential ballot paper, leave alone winning the race.

Recently, he said that unless the proposed referendum is held before 2022, then the elections will be postponed.