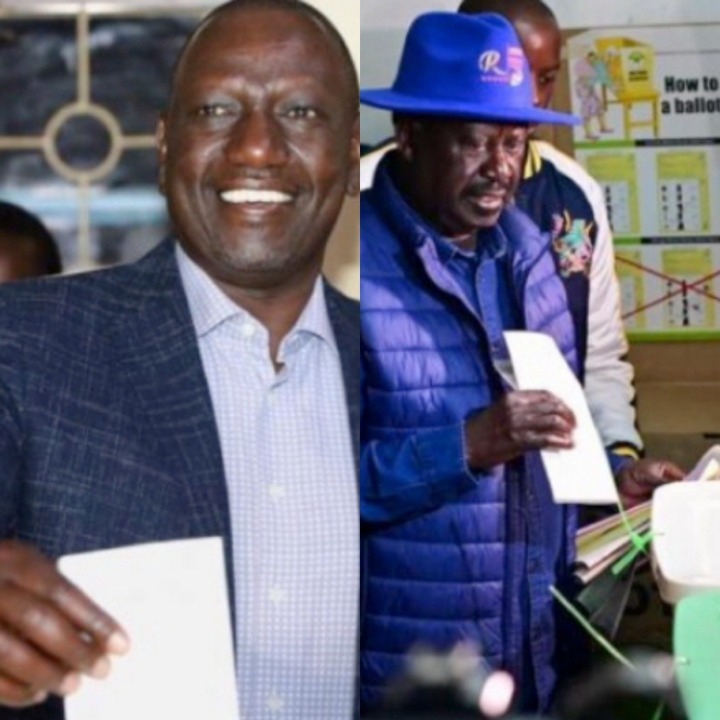 According to reports, William Ruto has managed to challenge his opponent Raila Odinga at his polling station in the Old school primary after he garnered 176 against Raila 158 votes. 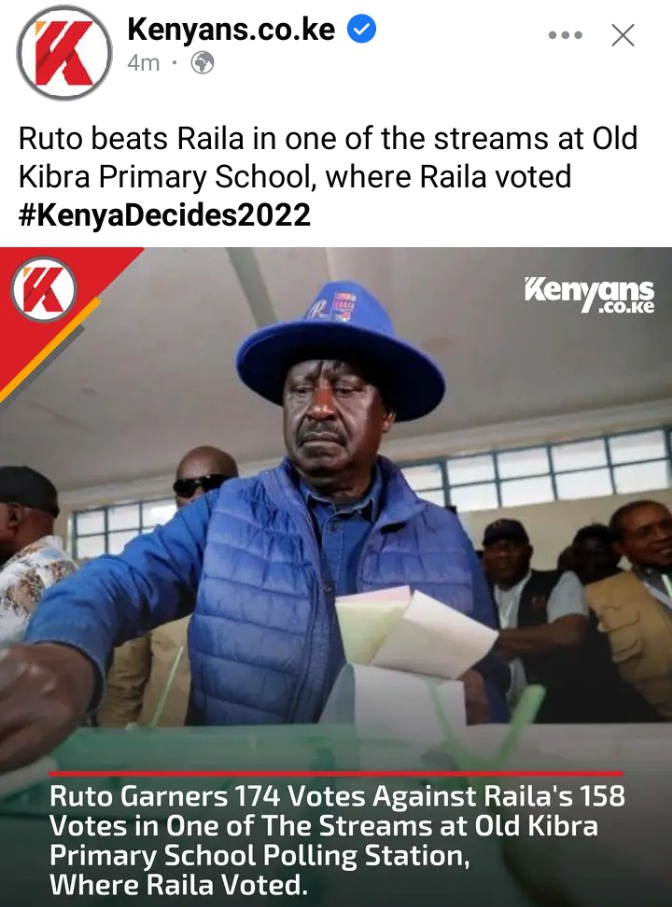 The results have left Kenyans talking just a day after the ODM party leader was received like a king by his supporters at Kibra while he was casting his votes.

William Ruto also surprised many people after winning against Raila in Martha Karua's polling station. He garnered 911 and Raila managed to get 311 votes. However, Karua expressed confidence saying that it is not yet done until it is done. Kenyans have been called to maintain peace during and after the announcement of the presidential results. 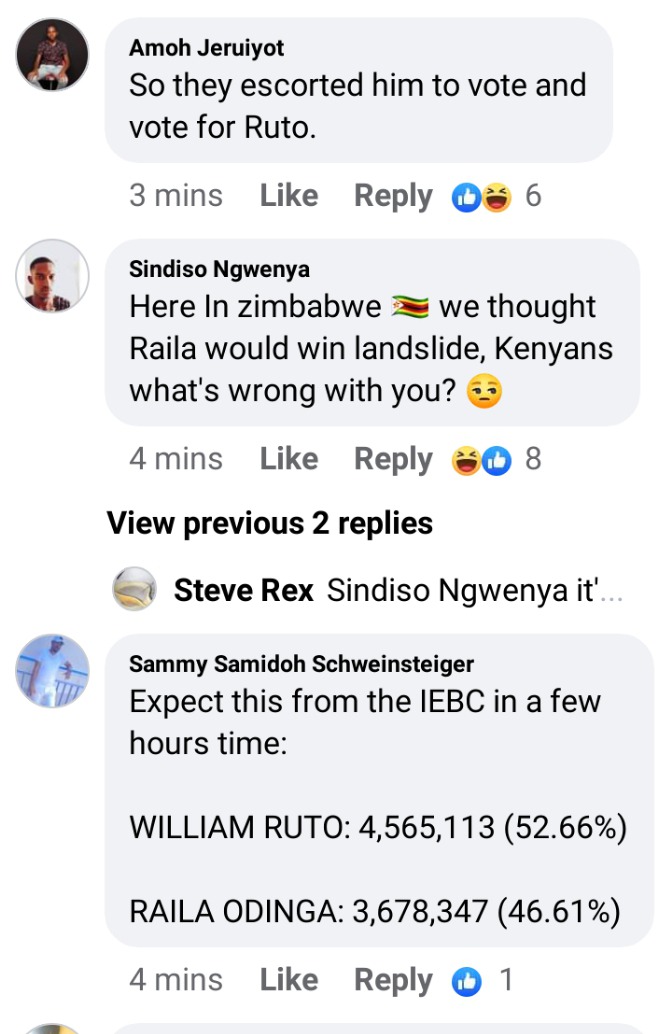 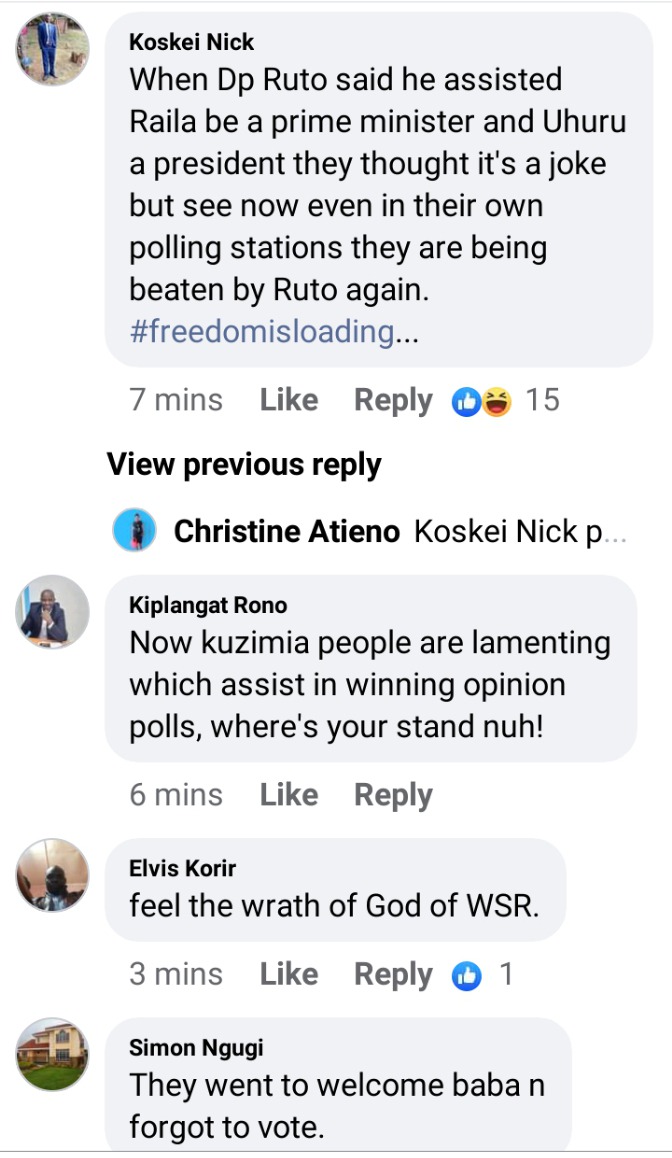 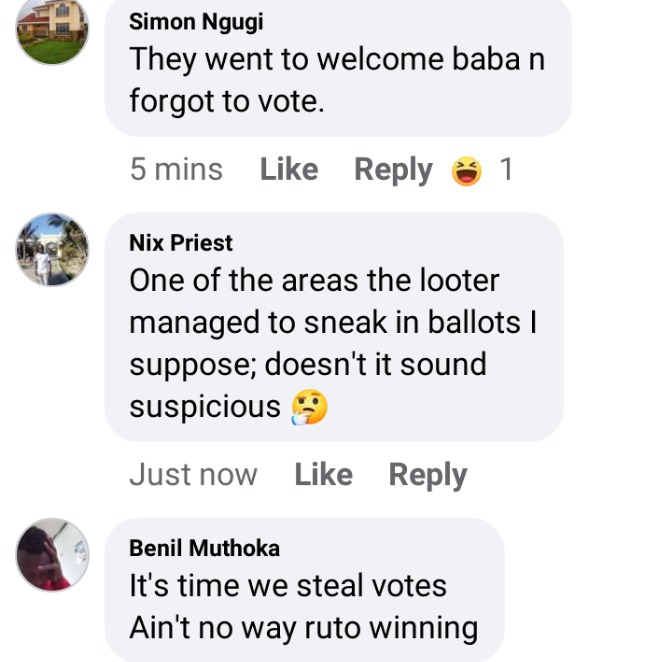