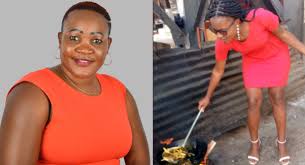 As reported by K24 TV, a few days after an awkward social media dragging between Senator Omanga and chips-vendor Bevalyne Kwamboka, contradicting each other and netizens calling her out for lying, Bevalyne has now announced that she has received real help from yet another politician nominated senator Beatrice Kwamboka. Senator Beatrice Kwamboka assisted the chips vendor and even paid her rent for three months

Bevalyne taking to social media uploaded a couple of goodies received from the ODM senator on Twitter that she says will boost her small business. (Really grateful to Senator Beatrice Kwamboka for giving me the modern chips making machines, 20 litres of cooking oil, two sacks of potatoes and paying my stall rent for three months)

"Bevalyne listed a number of goodies received from the ODM senator including three month rent for her business stall." Tweeted by K24 TV Kenya 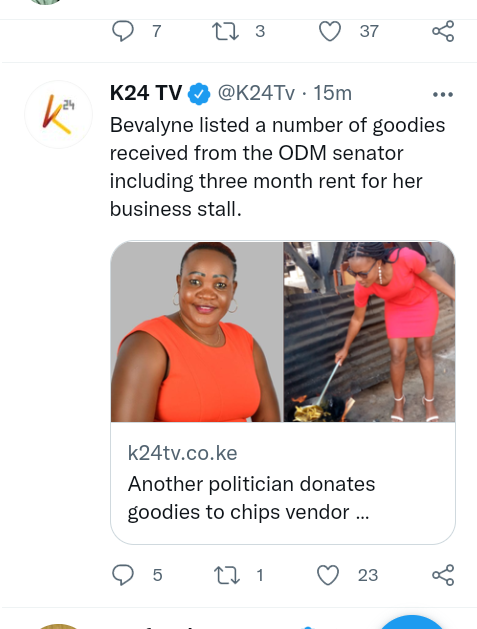