By @festus.writer (self media writer) | 3 months ago

On Thursday, the ODM and Democratic Action Party of Kenya (DAP-K) received tens of defectors from the ANC and Ford Kenya from four counties in Western Kenya. 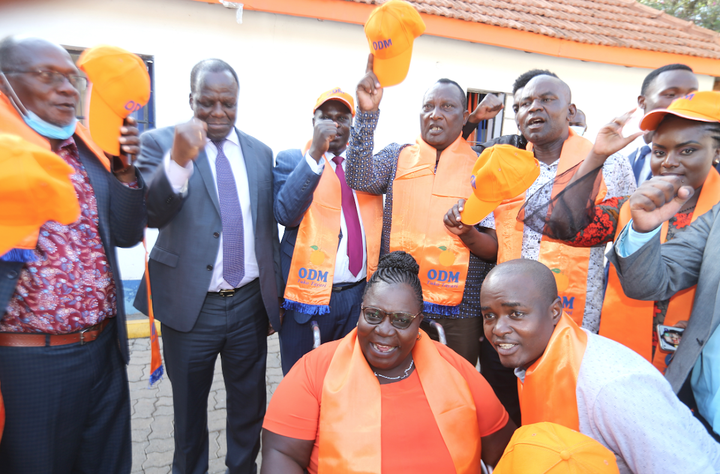 Over 20 ANC ward representatives from across the country defected to the Wafula Wamunyiyi-led DAP-K at its Nairobi headquarters.

Raila received 15 MCAs from Kakamega and Busia who joined the Orange party, claiming it is a herculean task to sell Ruto in their region.

Savula stated that four more MPs and ward representatives would defect from the ANC next week.

The ANC had 17 elected and nominated legislators in the National Assembly and Senate.

Kakamega Governor Wycliffe Oparanya also revealed that more Ford Kenya and ANC MPs will defect to ODM next week in a fresh wave of defections.

Opinion:Five players who should not be part of Erik ten Hag's era at Manchester united

DP Ruto's ally Ahmednasir Alleges The Percentage Of Votes Raila Must Get from Coast and Western.