The current state of politics in the country, particularly in the race for the presidency, has been disturbing. The most recent modification to the Kenyan constitution explains the functions of Chebukati and the Independent Electoral and Boundary Commission. 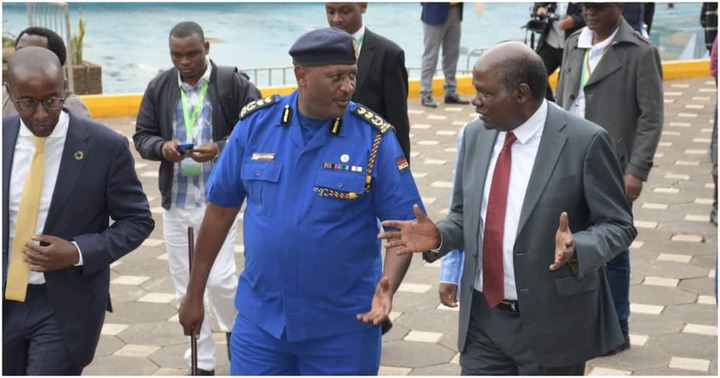 The commissioners led by iebc vice chair, Juliana Cherera, claimed that Chebukati refused to issue them the final result tally and that is why they walked away.Their allegations have been termed as untrue by Chebukati.

However, according to claims raised concerning malpractices done during the election period by IEBC commissioners, David Matsanga has revealed that the big mistake the electrol commission did was to interfere with the results and engage in malpractices as claimed by the Azimio and the four commissioners. Matsanga has stated that the electrol body could have remain neutral and never take part or engage themselves in any political affiliation.

David Matsanga who was speaking live to TV47 Kenya claimed that Uhuru will always be remembered as the best President in the country for maintaining peace and stability during his reign and even in the concluded general election.

"Maina Kiai said that the presidential results from all constituencies must be displayed. Chebukati disappeared with some constituencies not being declared publically." -David Matsanga. https://t.co/HgDs2jWgQ4

He also alleged that according to the way Chebukati conducted the elections and the allegations raised against him, there is no any African President who could not have arrested the IEBC chairperson by now. Matsanga explained that even now, if Uhuru Kenyatta could have been bad or could have taken legal actions, then he could have arrested Wafula Chebukati because of the claimed malpractices said to have been committed by the electrol body in the presidential results.

"Uhuru Kenyatta will be remembered and it would take long before you start seeing people wishing it was him on some things. Any president in Africa would have arrested Chebukati by now." -David Matsanga. https://t.co/0AAe8Mlsac 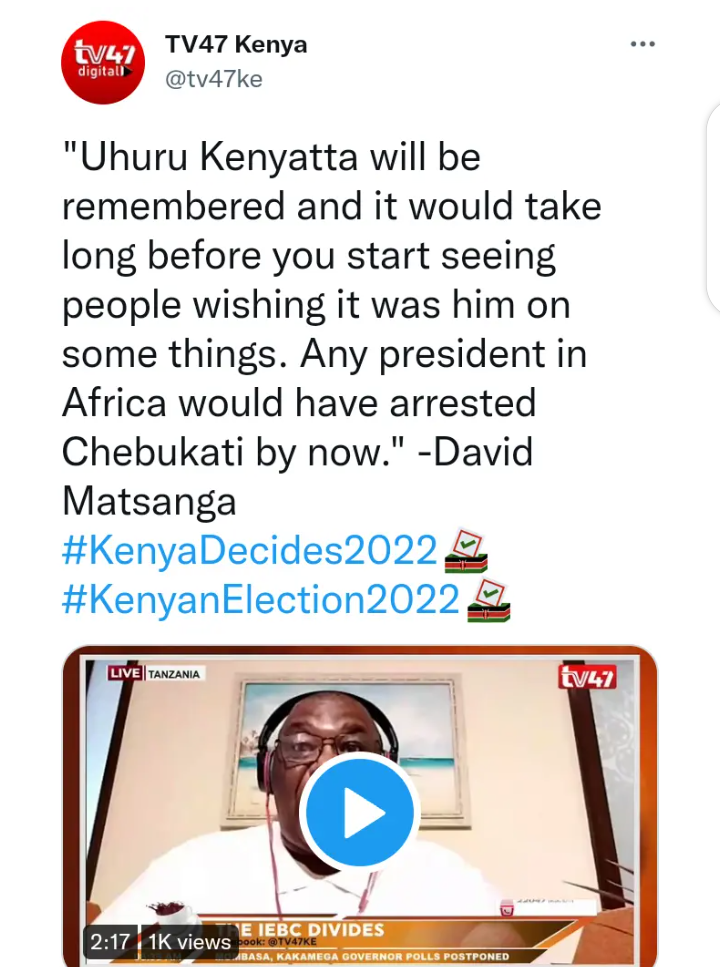