Wafuate Chebukati Resigns From Membership of a Key Panel 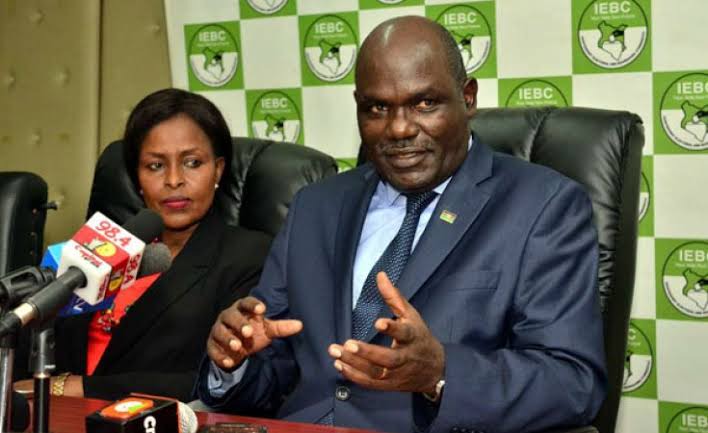 In a letter to Interior PS Karanja Kibicho dated November 22, electoral agency chairman Wafula Chebukati said it had made the decision after consultations, adding that the panel would interfere with its independence.

"After consultations and and in-depth critical appraisal of the TORs... the IEBC would wish to respectfully withdraw from further engagement in the activities of the said NMSCF and TWC," he said. 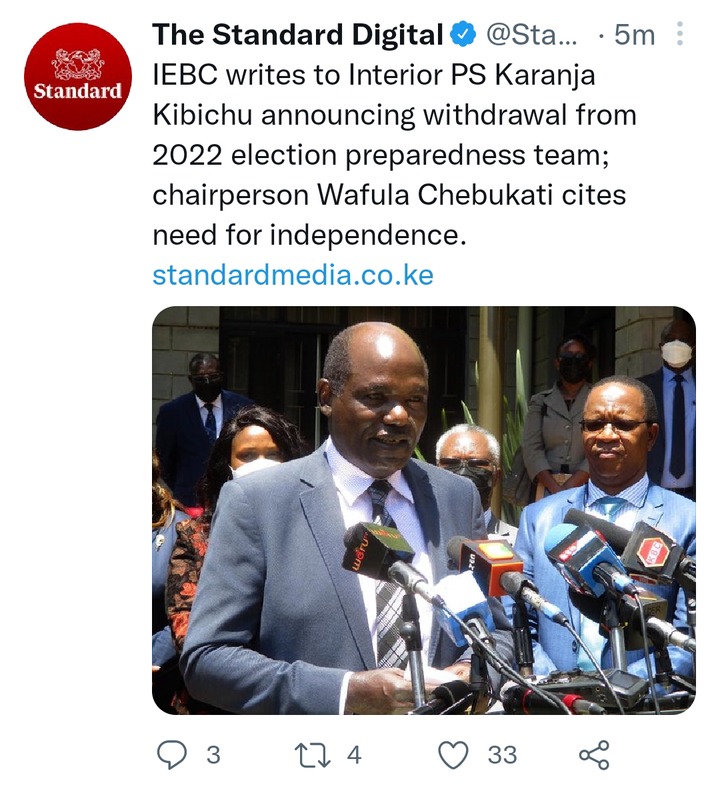 This comes days after Deputy President William Ruto's United Democratic Alliance movement Party complained of the presence of the Chief Justice Martha Koome in the team yet she is the Head of the Judiciary as well as the President of the Supremes Court of Kenya.

In a letter undersigned against the name of its Secretary General, Veronica Maina, the Ruto affiliated party claimed that the CJ’s continued involvement in the Technical Working Committee is likely to interfere with and shall threaten free and fair polls in 2022.

In her response to the United Democratic Alliance (UDA) brigade who view her involvement as compromising, Koome pointed out that the Constitution gives her and other government agencies the authority to work together with the view of serving Kenyans better.

"The Judicial Service Act gives me the mandate to be the link for the Judiciary with other government agencies. It also creates the National Council on Administration of Justice whose mandate is to collaborate and coordinate all the actors in the administration of justice to ensure that at the end of the day we render seamless services," she said.

The Judiciary was also forced to send a statement alleging that the Chief Justice Martha Koome was not part of the Technical Working Committee as alleged by deputy president William Ruto's United Democratic Alliance movement Party.

“The Chief Justice does not sit in the Technical Working Committee as implied in your letter. She leads the Multi-Sectoral Consultative Forum on Election Preparedness by didn’t of seniority,” read the letter in parts.

RIP: 5 Photos of Engagement Party of Officer Who Died After Postponing Wedding