By Ryan_Bryan (self media writer) | 3 months ago

This is after the Central Organization of Trade Unions COTU secretary general Francis Atwoli, met with a section of ANC party members on Thursday, January 27. 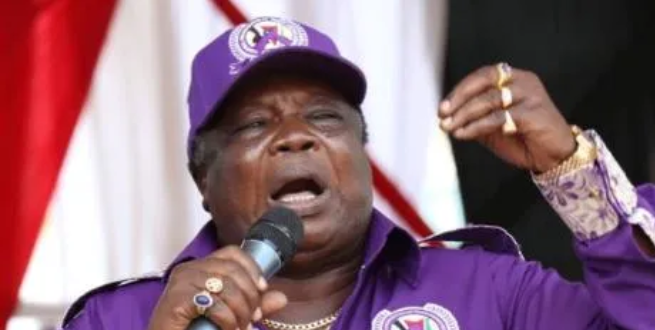 Atwoli revealed that he held a meeting with ANC members who had sworn allegiance to Mudavadi.

"Today, they paid me a courtesy call, at my Ildamat home in Kajiado, for a political meeting," Atwoli wrote.

"Who told him he's going to be President? Befriending Ruto is not the key to Presidency.

"Mudavadi, in 1994, while minister for finance, sneaked in the redundancy clause into the Finance Bill of 1994, as suggested by the World Bank, which allowed employers to declare redundancy without consulting workers. So how will he empower workers?" Atwoli posed.