The electral body has now given deadline for submission of Nominations rules by political parties. 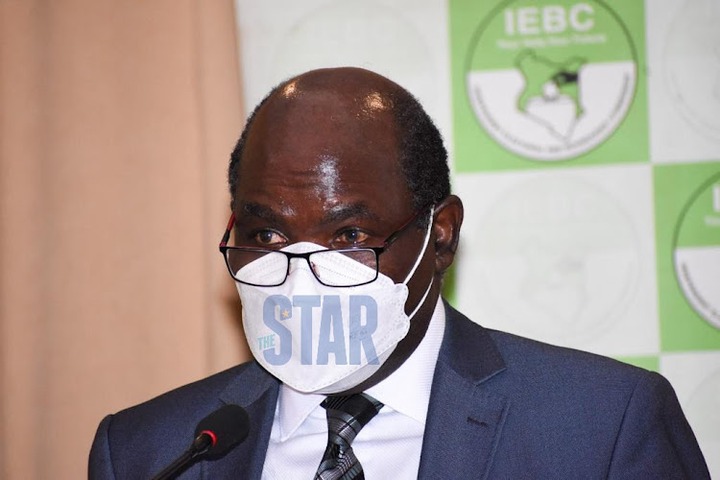 Speaking to the press, the IEBC chairman, Wafula Chebukati, has on 15th Oct given instructions to political parties on the issuance of their nomination rules. He stated that all the rules should be submitted on or before 18th Oct 2021 in both hard and soft copy. In a notice, Chebukati further stated that the writing should be done through an authorized party official and sent to the commission headquarters at Anniversary Towers in Nairobi. 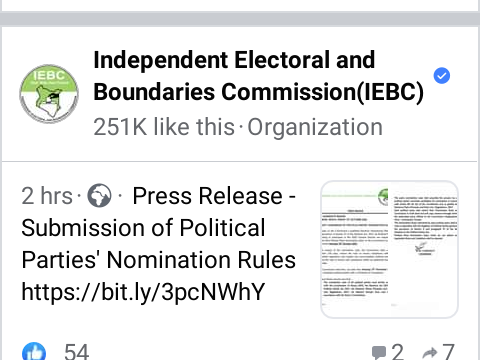 He said," The rules submitted by each political party shall be the rules as deposited with the registrar of political parties." He further said," Political party rules of nomination that do not adhere to applicable rules and guidelines shall be rejected."

"The party nomination rules shall prescribe the process by which political parties nominate," he said. The political party rules should go hand in hand with the 2010 constitution of Kenya and it's applicable laws. IEBC also stated that it will reject any rule that does not adhere to the two-third gender rule. It is from the high court ruling that the rule of the gender are enforced and they will be implemented during parliamentary party nominations.

Content created and supplied by: Agent254 (via Opera News )

JUST IN: Police Goes on a Shooting Spree in Kabete Hospital Killing Wife, Five Others & Self