Jirongo Explains Why Ruto is on a Self-Destruction Mission 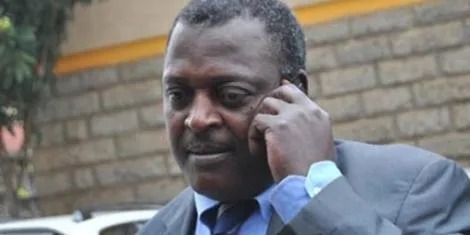 Veteran politician Cyrus Jirongo has sent warning shots at Deputy President William Ruto claiming that he is on a tight rope in the race to State House.

The former Lugari MP warned Ruto not to be too comfortable with the current support he is enjoying in the rallies, as things could change, months to the general elections.

The former lawmaker argues that DP's political rivals are just getting ready for a bruising campaign.

He acknowledged that Ruto had been campaigning for close to ten years now, giving him a false sense of confidence in his bid for presidency.

The ex-presidential aspirant reiterated that as long-standing politicians, he and his co-principals understand politics better than Ruto.

Jirongo in an interview with a local TV channel, on Sunday, October 17, stated that he was open to collaboration with the One Kenya Alliance, but ruled out working with Ruto claiming that no one has faith in him.

"We have our reasons that explain why he is not fit to be president, such as him only enjoying support from the rift," he further stated.

Jirongo is confident that once OKA begin their campaigns, they will garner support in the Western, Ukambani and GEMA regions.

This comes after the DP stated that it was Raila and Uhuru's turn to support him in the forthcoming election.

He lamented that he supported them in their ascent to power, only to be betrayed after declaring his ambition for contest.

Jirongo rubbished the bottom-up economic approach initiated by the DP, questioning how this will help the growth of the economy in the business sector and creating employment for the youth.

This comes after OKA revealed that it would sign a coalition agreement that hinders its principals from joining any other coalition.