There was a little bit of drama in Migori after a group of police officers from Migori along with the agents from the director of criminal investigations tracked and busted a former wanted Kenyan defense force soldier who is reported to have gone rogue after deserting his place of work. 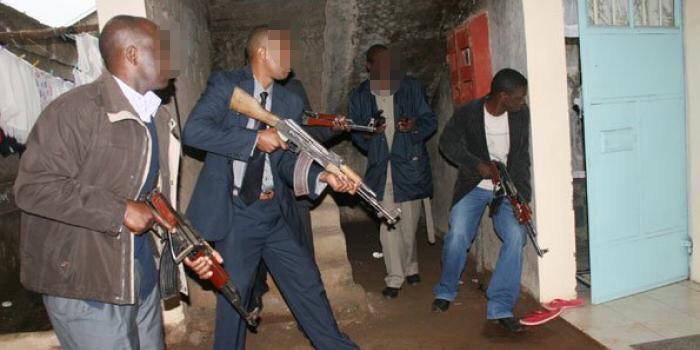 According to the reports given by a reliable source, it has been reported that the group of detectives along with the DCIs were alerted by a concerned resident of Migori.

Under the tight supervision of Mr.Stephen Mutua, the group of officers immediately sprung into action tracking the whereabouts of the suspect. He was immediately arrested and taken to Migori police station after being caught unaware in his father's house. 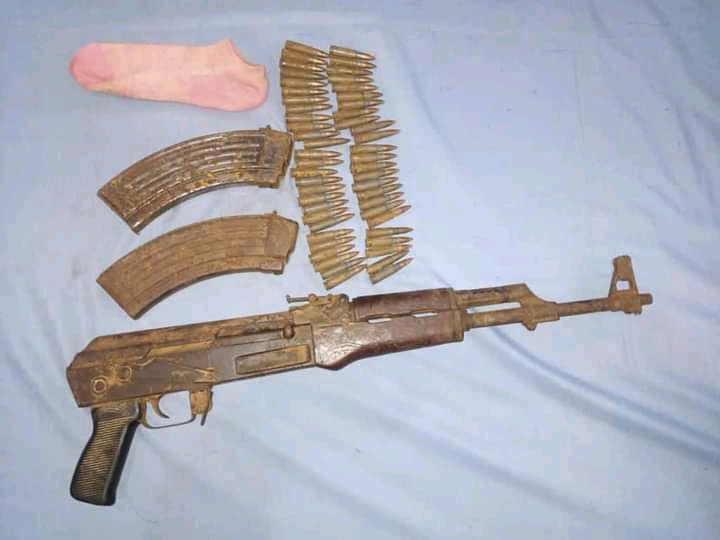 The incident which was recorded on OB Number 07/07/03/2021 revealed that the suspect who has been identified as 27 years old Brian Nyainda Ogolla was a former Kenyan defense forces soldier who had deserted his duty in Embakasi Garrison under the operating service number 150739.

The incident has since sparked alot of mixed reactions from Kenyans who seemed to have been confused on whether or not the Kdf officer had indeed gone rogue. With a section of Kenyans claiming that maybe he had gone rogue, others went ahead and called upon the government to consider assessing the man's mental health. 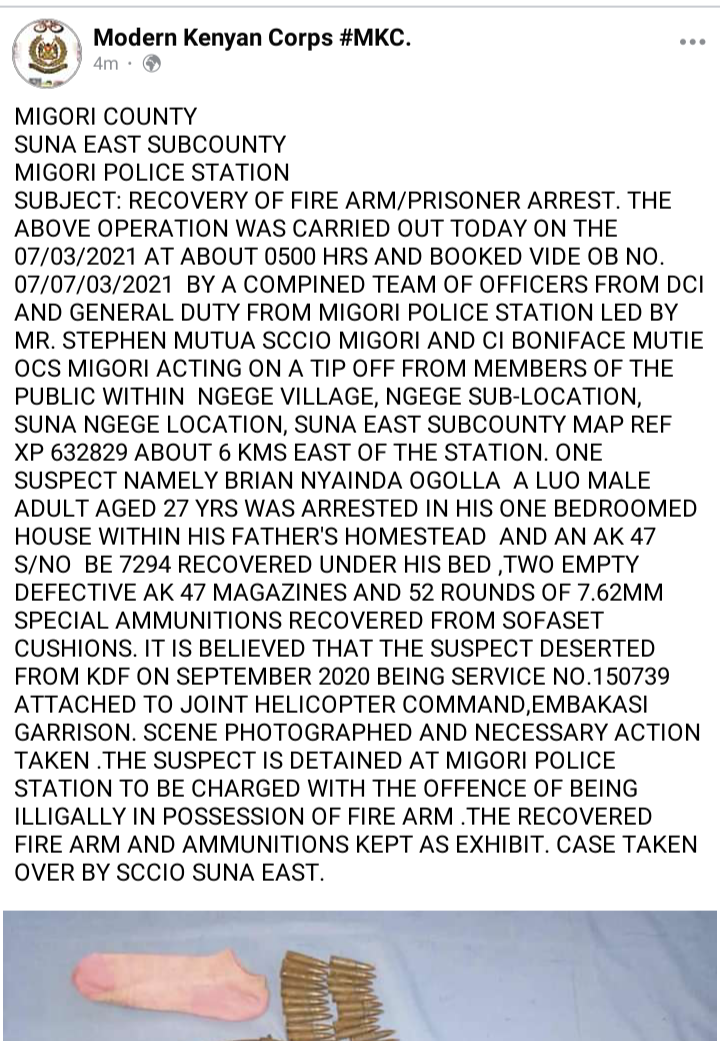 How Ex School Principal Plotted Brutal Murder Of Her Own Husband

"Things Are Becoming Worse Daily " Look what is Happening In This County, As ICU Beds Are Full

How Uhuru Kenyatta Has Transformed Road Network In Kenya

Ruto Team in Mt. Kenya Region That May Make him Strong in his Presidential Ambition Come 2022