"Kumbe?" Kuria Reveals What Uhuru Offered To Kalonzo In Order To Join Him But Kalonzo Rejected.

By Samsamir (self media writer) | 24 days ago 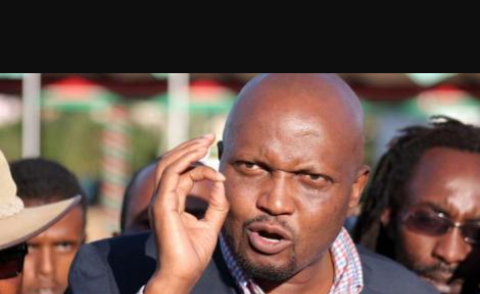 Gatundu South Member of Parliament, Moses Kuria, has finally revealed a secret that has been unsaid for long time. Kuria has revealed what President Uhuru Kenyatta offered to Wiper leader, Kalonzo Musyoka, in 2013.

Speaking yesterday, Kuria revealed that he was part of a team privately commissioned by President Uhuru and Deputy President William Ruto to court Kalonzo to join them ahead of the hotly contested polls.

In part of the deal, President Uhuru offered the Wiper leader a third of the government share if he agreed to join his side with DP Ruto.

"Do you know Uhuru Kenyatta offered Kalonzo a third of government in 2013 which was not even commensurate to what he was bringing on the table," stated Kuria.

The Gatundu South MP said that Kalonzo turned down the deal and instead joining the Coalition for Reforms and Democracy (CORD), an alliance between his party and the Orange Democratic Movement (ODM) under the leadership of former Prime Minister Raila Odinga.

Under the CORD banner, Odinga was the presidential candidate while Kalonzo was the running mate. 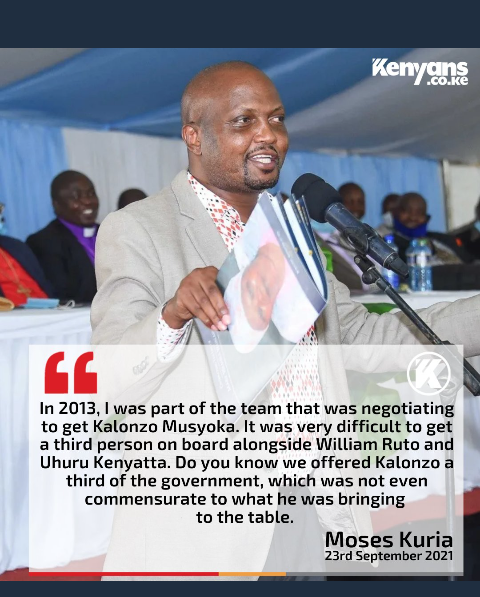 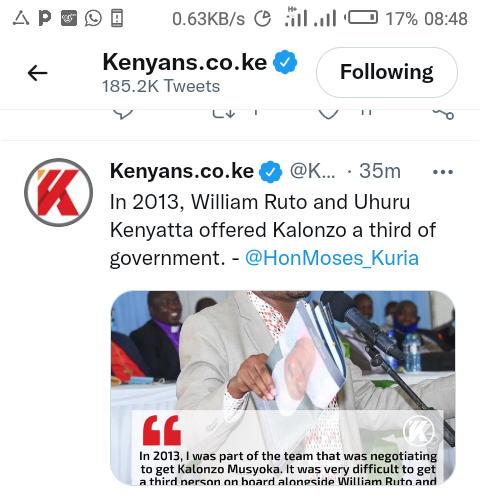