"Hatutauziwa Uwoga..." Women Allied to DP Ruto Heckle Down Police Officers After They Tried This 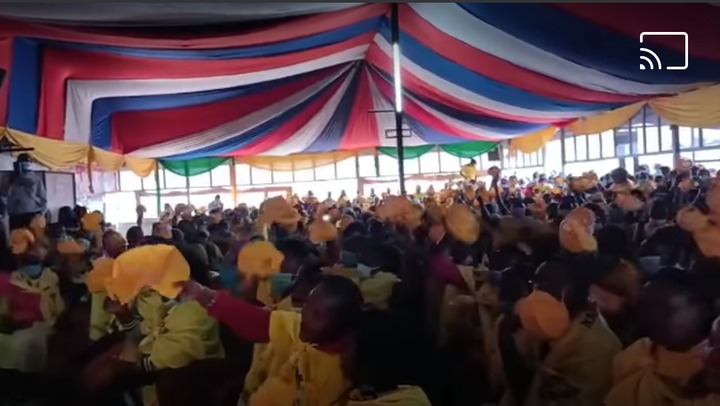 Women allied to the deputy president William Ruto were forced to dramatically eject police officers from a venue where they were holding their meeting.

From a video that has since gone viral, the women have decried police officers using double standards when dealing with the allies of the deputy president William Ruto.

When the police officers were unable to deal with the women, they were forced to leave the venue calmly under the leadership of their boss.

"Police tried to stop UDA meeting with Women in Kiambaa - demanding that people leave the venue.Women stood their ground and questioned why Jubilee meeting was NOT stopped.They broke into song and dance and the police had no choice but leave.Double standards by Deep State and System resisted. Signs of a losing team...Wanjiku na aki na Mama#HustlerNation"Dennis Itumbi. 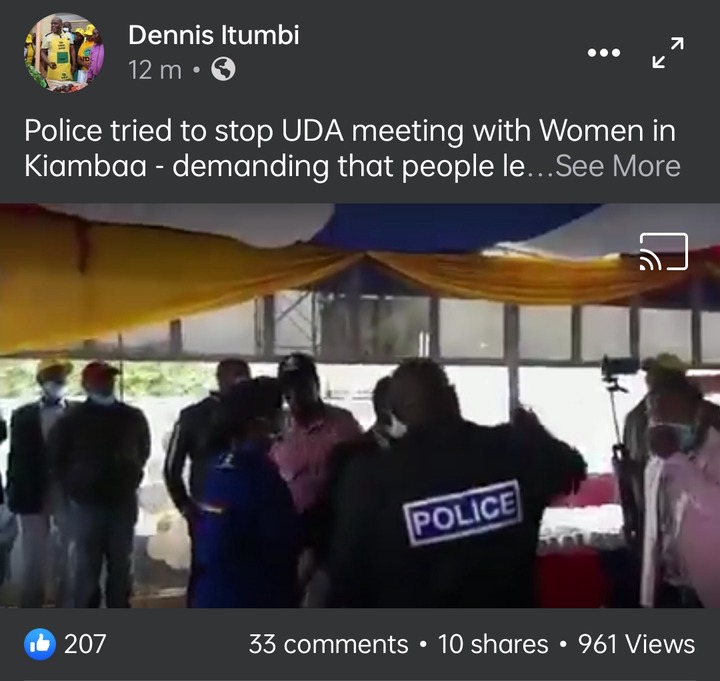 The worn allied to deputy president William Ruto are holding a meeting to sensitise themselves on leadership and they are mostly from Kiambaa constituency.

They have vowed to support deputy president William Ruto's ambitions to rise to the position of the Head of State once the incumbent retires this coming year.

UDA leaders which is associated with Deputy President William Ruto, have said the Hustler Nation is expecting nothing less than 80% of the votes in Kiambaa for their candidate, Wanjiku.