By Kimurgorsang (self media writer) | 1 month ago

President Ruto visited affordable homes in Mukuru, Nairobi County, on September 3, 2022. Phelix Odhuor, a Member of Parliament from Langata, and Ester Passaris, a Woman Representative from Nairobi, were among the Azimio leaders present for the event. 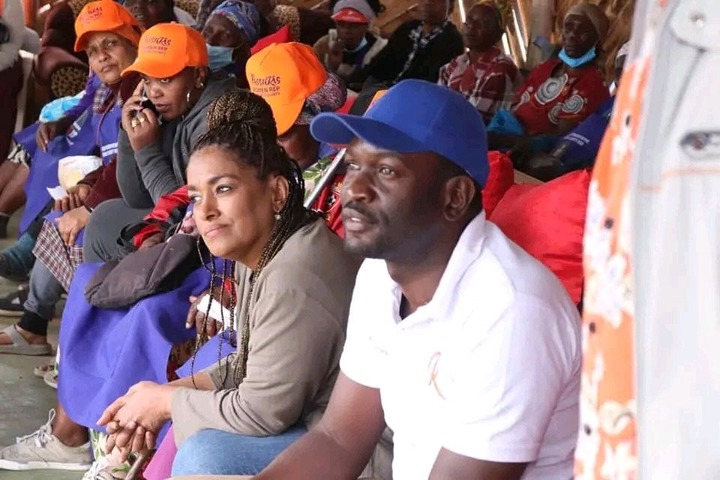 ﻿Senator Edwin Sifuna of Nairobi missed the occasion of President Ruto. But Edwin Sifuna explains why he was unable to attend the ceremony.

Edwin Sifuna claimed on KTN News that the protocol committee for President Ruto did not send him a letter inviting him to the ceremony. 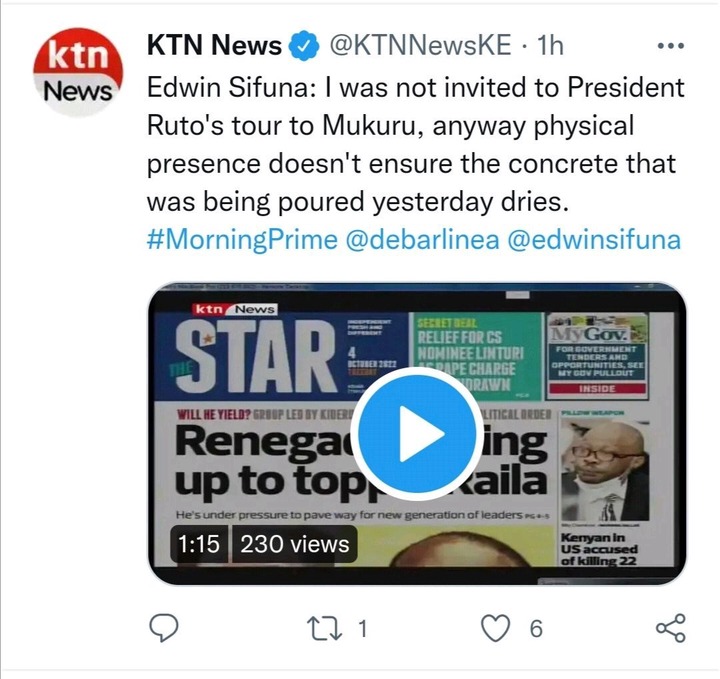 Senator Edwin Sifuna claims that the Azimio leaders do not hate President Ruto. He made it clear that the citizens of Azimio want President Ruto to uphold the commitments he made during the campaign, such as lowering living costs.

No one is against the president, according to Azimio, who instead asked for a mentality change from the hyperbole of the campaign to the delivery of services to Kenyans.

Edwin Sifuna argued that since the necessary tasks were completed, his absence from the Mukuru affordable home inspection did not actually matter.

Furthermore, Edwin Sifuna counseled President Ruto's protocol team to invite Azimio leaders to important occasions. He asserted that the president still holds meetings even if no one is invited.

Content created and supplied by: Kimurgorsang (via Opera News )