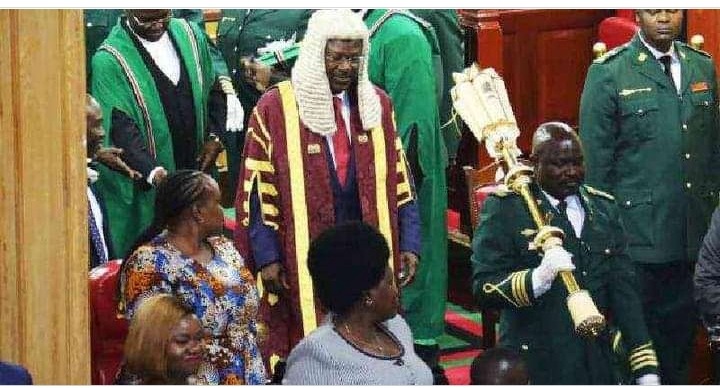 As the national assembly begins its first session today, Tuesday, October 4, resolving the leadership impasse that has rocked the National Assembly, where both Azimio and Kenya Kwanza claimed to have numerical strength and deserve to serve on the majority side, is at the top of speaker Moses Wetangula's priority list.

As a result of several political groups affiliated with Azimio defecting to the Kenya Kwanza Alliance, both sides have adopted hard-line policies. 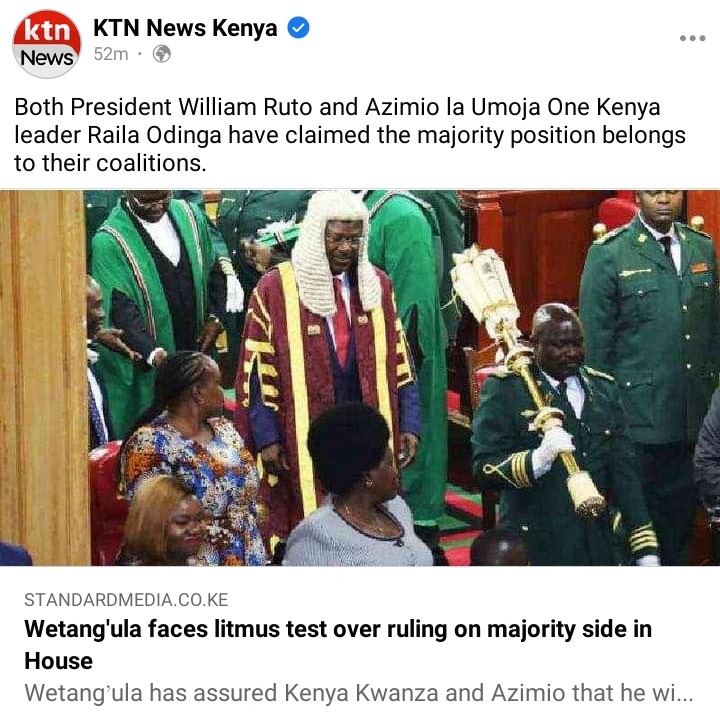 Wetangula promised to arbitrate the conflict over who controls the numbers in an interview with Citizen TV on Monday. He also promised to base his decision on reason.

"We will give it a reasoned approach and communicate to the parties involved I am sure it is not a difficult thing to decide we will look at the constitution, standing orders and the decide," he said. 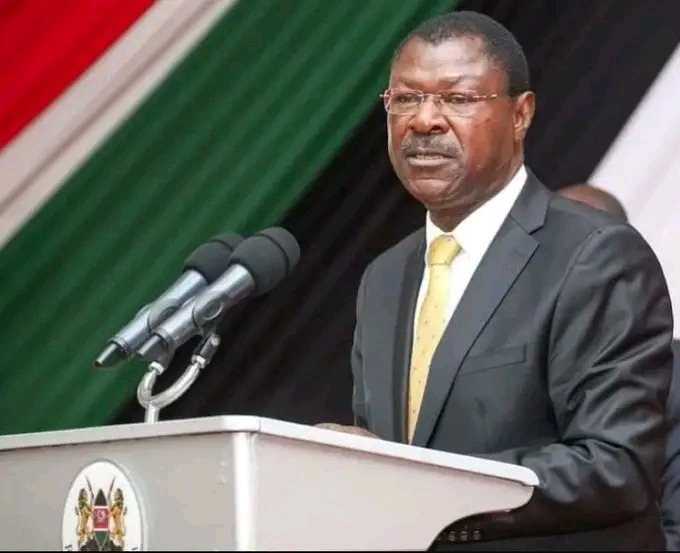 The majority and minority leaders, as well as the whips, are members of the important house business committee, which is charged with creating the house schedule and deciding what business will be conducted.

Both pro- and anti-government lawmakers claim they are confident in winning the majority member position and are simply awaiting the Speaker's declaration so they can start conducting house business.

"The question of Azimio being the majority coalition party in the national assembly is already settled by the constitution statutes and standing orders and anybody who is dissatisfied with that decision can do the most logical thing and go to court," said Ugunja MP Opiyo Wandayi. 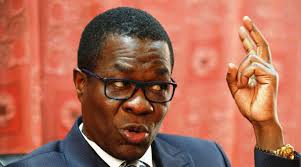 Additionally, this occurs as the national assembly committee on appointments prepares to hold approval hearings for President William Ruto's choices for the cabinet.

The outcome of the dispute between the two sides is also tied to the selection committee, which proposes candidates to serve on departmental committees.

Since the two will designate members to their separate committees, the majority leader chairs the committee, which also includes the minority leader.

With seven spots up for grabs to be split between the two houses, Azimio and Kenya Kwanza are also expected to compete for membership in the lucrative parliamentary service commission, with the national assembly receiving four slots and the senate receiving three.

KCPE and KPSEA Kicks off

Why Cherera Is Advised To Skip Today's Session With National Assembly's JLAC, Told What To Do

4 IEBC Commissioners To Appear Before MPs Anytime From Now, Cherera To Be Represented By Her Lawyer