By EuniceMunira (self media writer) | 1 month ago 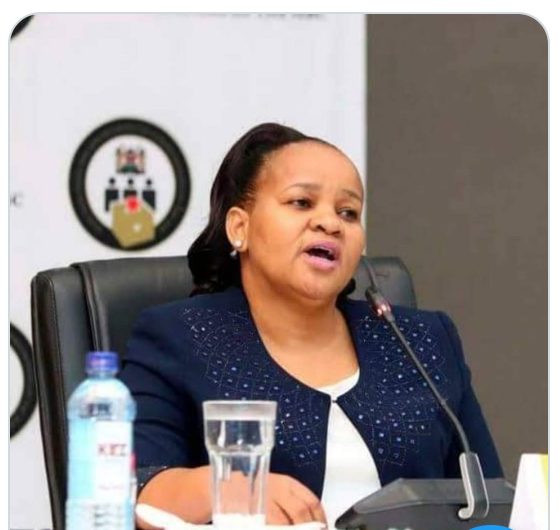 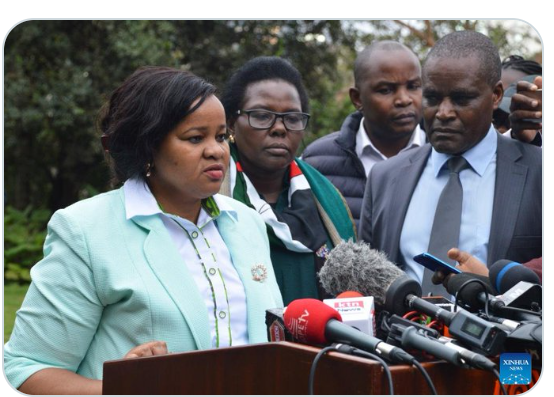 There was celebration and chaos as the result were announced.Four IEBC commisioner claimed to have not been consulted before the results were announced as required by the kenya constitution.

Juliana Cherera, IEBC vice-chairperson claimed that they could not take ownership of the result due to the opaqueness of the nature of the electral process.She also added they would not be taking question in her statement yesterday before Chebukati declared the president elect. 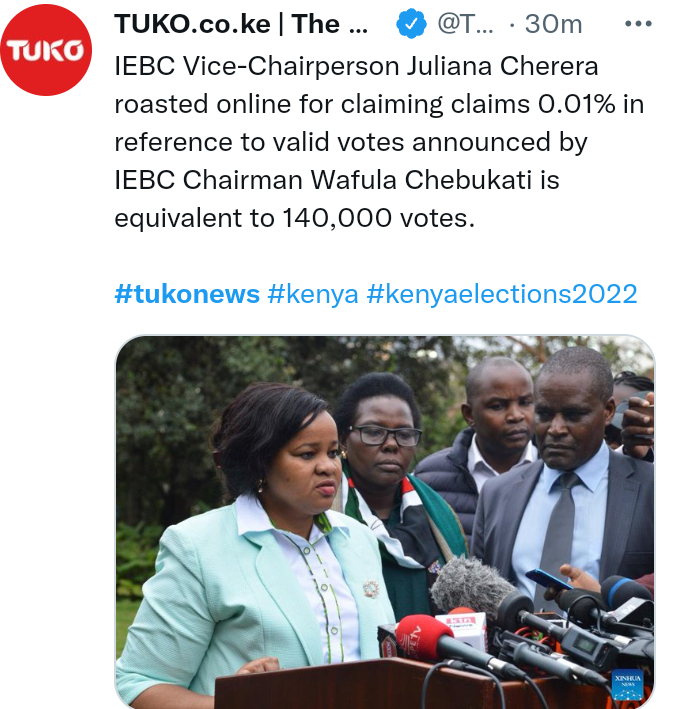 Today on Ausgust 16,2022,Cherera speaking to the media houses has claimed that 0.01% in reference to the valid votes annnounced by IEBC chairman Wafula Chebukati is equivalent to 140,000 votes. 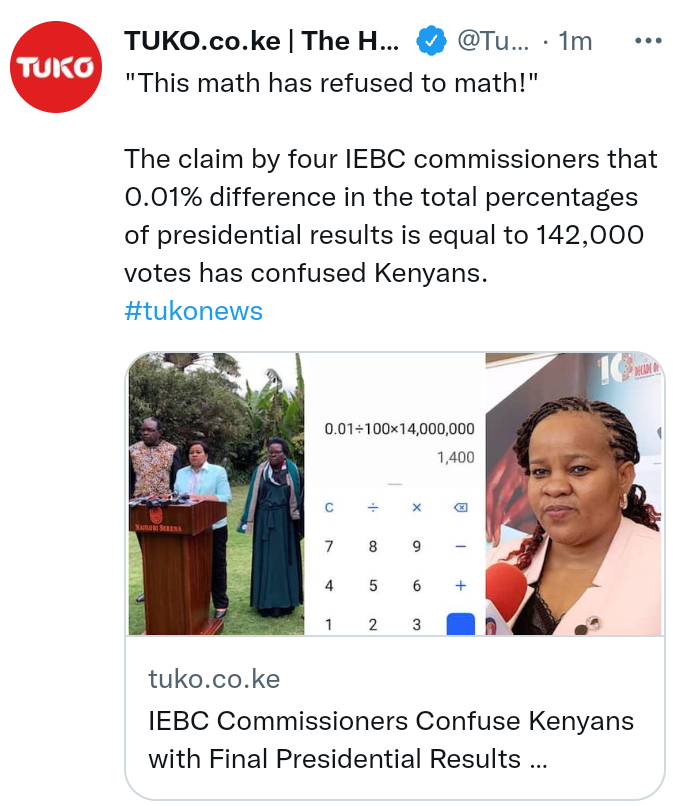 Juliana claims has sparkled mixed reactions online leading to her being roasted and given a reference name as “shawry for opaque nature”.“Netizens”are confused by her maths and they claim that math is really not “mathing”. 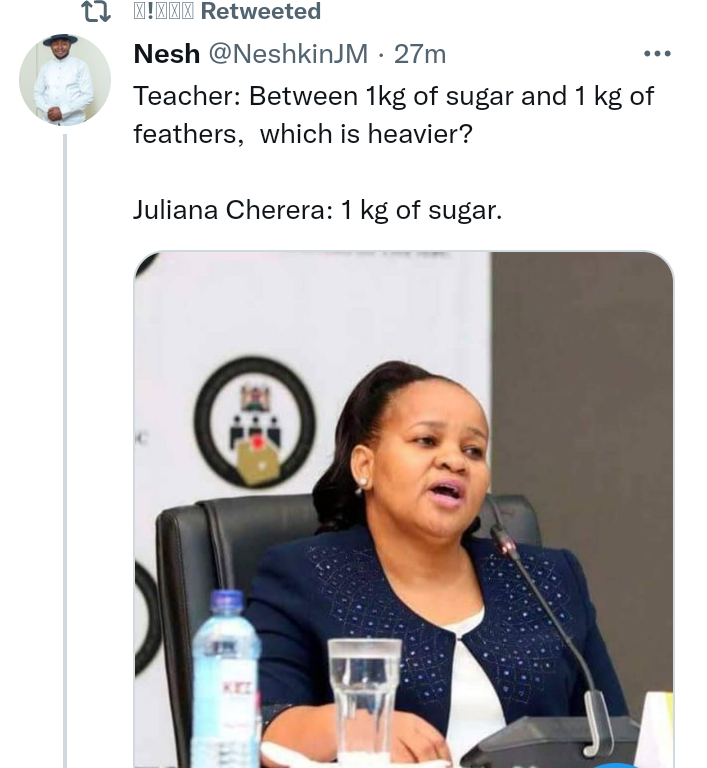 Content created and supplied by: EuniceMunira (via Opera News )