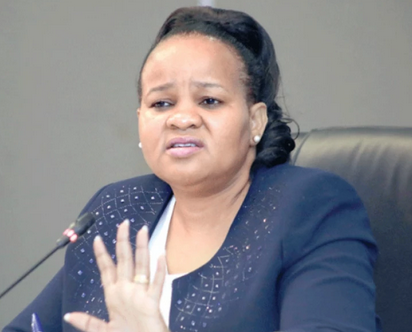 The Independent Electoral and Boundaries Commission (IEBC) Vice Chaur Juliana Cherera was the second in a list of 4 embattled commissioners who called it quits from the polls agency on Monday.

Her resignation came days after her colleague Commissioner Justus Nyang'aya also resigned, shortly after President William Ruto suspended the duo alongside Francis Wanderi and Irene Masit, and went on to appoint a tribunal to probe them.

Cherera, in her letter to President Ruto, argued that her actions had been misjudged, adding that she had done what was required of her as the VC and as a commissioner.

According to her lawyer Danstan Omari, who spoke with NTV, Cherera stepped down since she could not face a tribunal whose end ruling is pre-determined. adding that the whole process on their ouster was illegal. 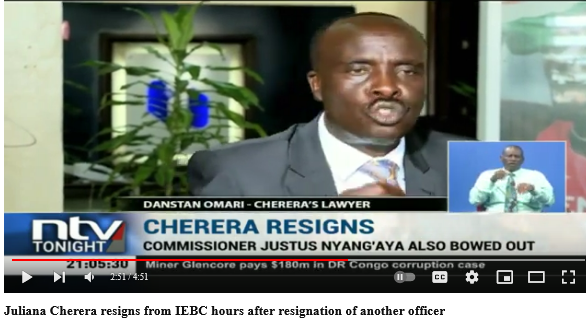 "The tribunal was made to fix them, not to listen to what happened and make a ruling based on the law. Parliament has a committee called Parliament Petition Committee that is supposed to hear matters of public petitions, yet this matter was allocated to the Justice and Legal Affairs Committee," he said.

Omari went on to argue that the tribunal was formed to ensure that the IEBC Chair Wafula Chebukati does not hand over power to Cherera when his term alongside Boya Molu and Abdi Guliye ends in January 2023.