'We Are Not Fools', Millicent Omanga Breaks Silence on Raila's Remark of Jailing Corrupt Officials 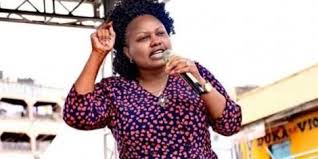 Nominated senator Milicent Omanga has now spoke on Raila Odinga Issues of arresting and Jailing those people who are faced with graft and corruption cases in the country when he will be elected Kenyan President in the upcoming General election.

Omanga says that Raila since his handshake with President Uhuru Kenyatta after 2017 General elections elections he has been sideline with Corupt officials in the government yet he claims that he will arrest those with corruption cases.

Omanga even mentions about the Kazi kwa Vijana scandal and even threatens that she is capable of revealing other graft sandals Raila and his associates have been involved in. 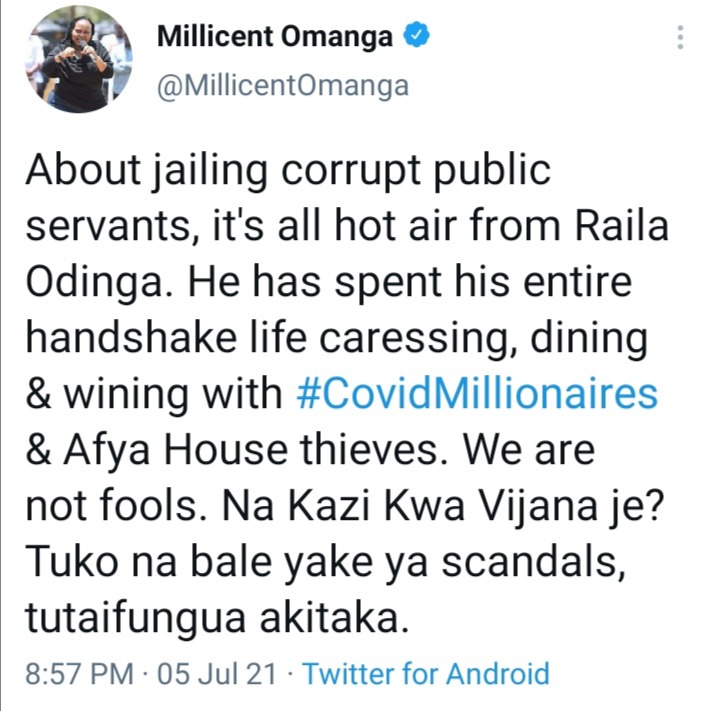 Donald Kipkorir Drops A Bombshell To Ruto Allies, Claims They Should Tell Uhuru Before Doing This

Moses Kuria Publicly Disagrees With Murkomen, Say This About DP Ruto and Raila