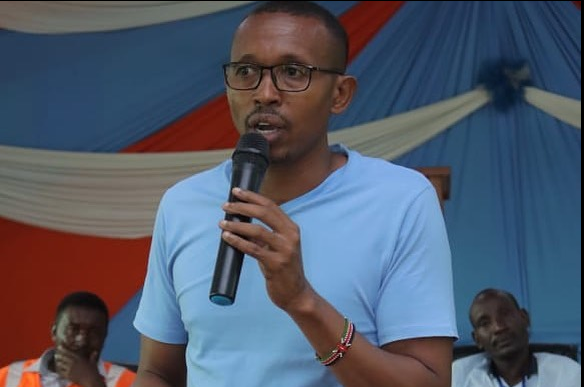 Nyali Member of Parliament Mohammed Ali has promised to expose more details in concern to the ports issue.The MP had earlier days ago made statements that caught unaware Kenyans by surprise.During the tour of outgoing deputy president and aspiring Kenya Kwanza candidate William Ruto in Mombasa, the MP revealed details about the Mombasa,Kisumu and Lamu port.The details revealed that some top politicians had taken over ownership of port operations by cutting deals with foreigners.

Mohammed Ali linked the president Uhuru Kenyatta,Azimio one Kenya alliance presidential candidate and outgoing Mombasa governor to hav been part of the top leaders who took advantage of that to open foreign comapnies to deal with port operations.He linked Mombasa governor Joho to a company known as Autoport that as given a tender to carry goods from the port of Mombasa to South Sudan.

In a message that he posted on his official Facebook account,the fearless Nyali MP and former investigative journalist at KTN News said that from the latest information he has received about Katerina( a name he has used in reference of Mombasa governor) he was planning to bring journalists from South Sudan to try and cover his family business.Mohammed Ali has remained adamant saying it won't work.He has advised him to stop wasting his energy and that the port operations would be returned back.He also touched on the issue whereby his office as brokent into by unkown people.

"Dear Katerina im told you are planning to bring journalists from South Sudan to try and cover up your family business at the PORT OF MOMBASA. It won’t work! We know our enemy, don’t waste your time and energy bandari mtaregesha na hivi karibuni nitatoa dossier nyengine. Last time mlivunja ofisi yangu, this time nawasubiri," he said in both Swahili and English. 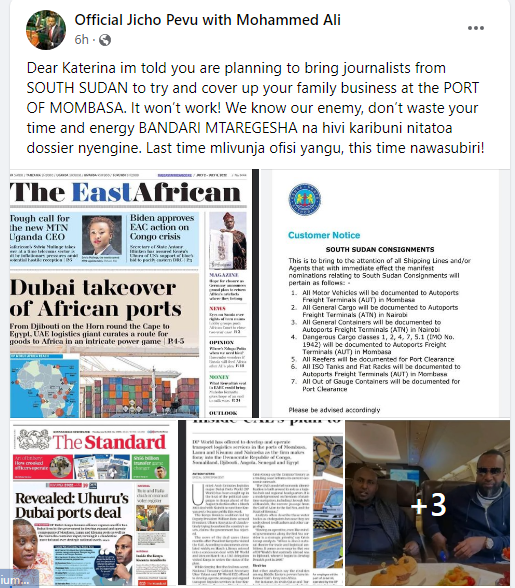