Francis Atwoli: Amending the Kenyan constitution is inevitable, BBI was never about 2022 succession

By NewsHouse (self media writer) | 3 months ago 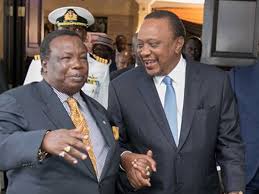 The Central Organisation of Trade Unions (Cotu-K) Secretary-General Francis Atwoli believes that although theBuilding Bridges Initiative appeal did not sail through, the next government will have to amend the constitution, considering how high-octane political seasons have always left Kenyans divided.

While accepting the verdict of the seven appellate judges on BBI, the Cotu-K boss explained that he had been on the frontline promoting the BBI because he believed the proposed amendments would have solved Kenya’s election related problems.

“I am among those Kenyans with very traumatising memories of the 2007/2008 post-election violence. This explains why I speak passionately about the subject matter,” he said.

According to the trade unionist, the BBI was about dealing with the challenge of winner-takes-all and inclusivity.  He said that he respected the Court of Appeal verdict which declared the BBI process unconstitutional on Friday.

“As a respecter of the law and our courts, I will abide by the court’s decision,” he said on Saturday.

He added: “I believed that BBI would have brought forth peace and inspired economic growth.”

"Don't Talk About Someone When you Do Worst Behind the scenes " Huddah Monroe Tells Kenyan Ladies.