By Mumias (self media writer) | 1 year ago 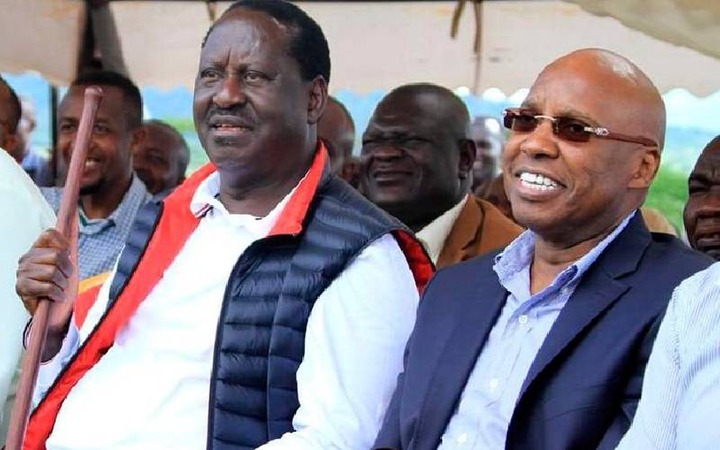 Raila Odinga, the leader of the ODM, took his oath as the 'People's President' in his home in Karen, Nairobi, two weeks before the mock swearing-in at Uhuru Park four years ago.

Although it has remained a closely guarded secret, it has emerged that Raila was initially hesitant to publicly take the oath but eventually succumbed to pressure from his political lieutenants. 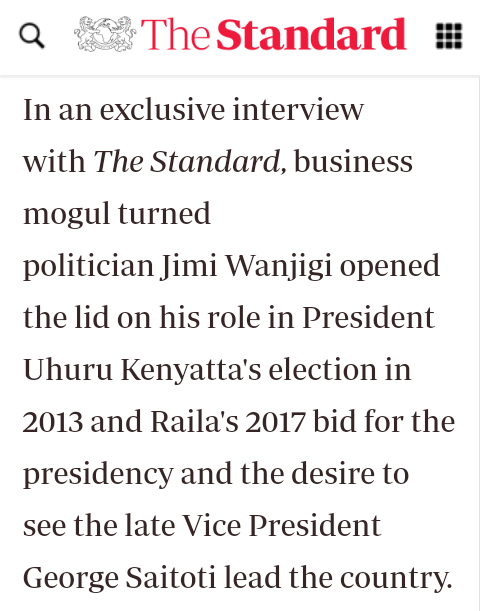 The businessman, the son of former Assistant Minister Maina Wanjigi, recounted the events of the 2017 presidential election and the aftermath of Kenyatta's election victory being declared null and void.

Wanjigi campaigned against a government he helped create and supported Raila in the 2017 presidential election.

The recorded event was led by former Raila aide Miguna Miguna and attended by the majority of ODM MPs and ardent supporters.

The leaders chose to appoint the ODM leader after he boycotted the repeat presidential election on October 26, 2017, handing Uhuru victory. 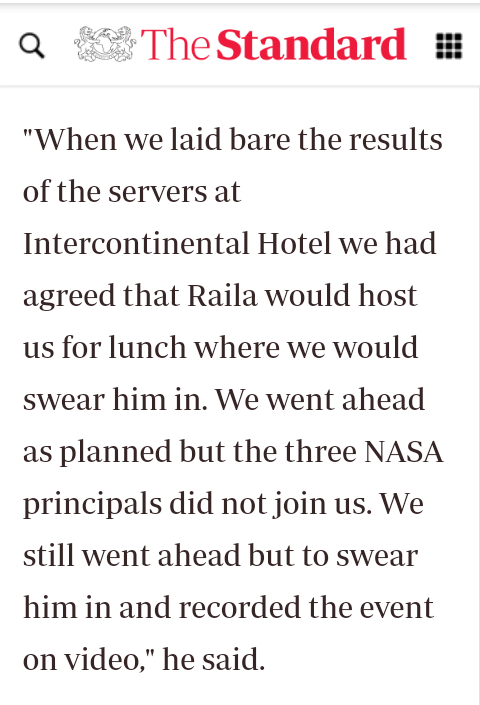 Content created and supplied by: Mumias (via Opera News )