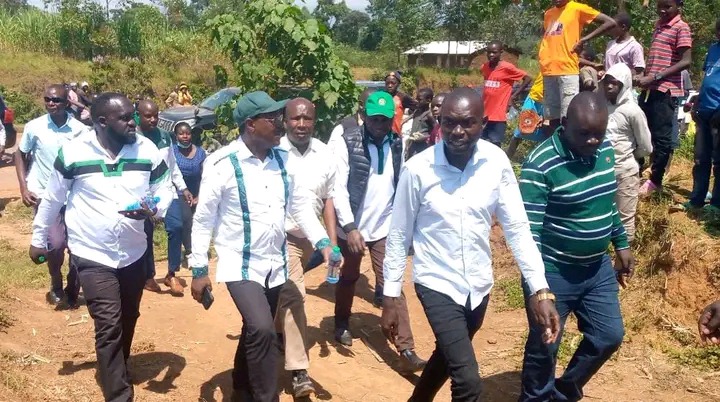 The senate majority chief whip compared his warm reception in the county as he campaigned for UDA party candidate Mwambu Mabonga to that of speaker Wetangula in the same county.

" Wetangula and Khawlale in Bungoma county. Each doing his own thing on the campaign trail" posted senator Bonny Khawlale on his official Facebook page. 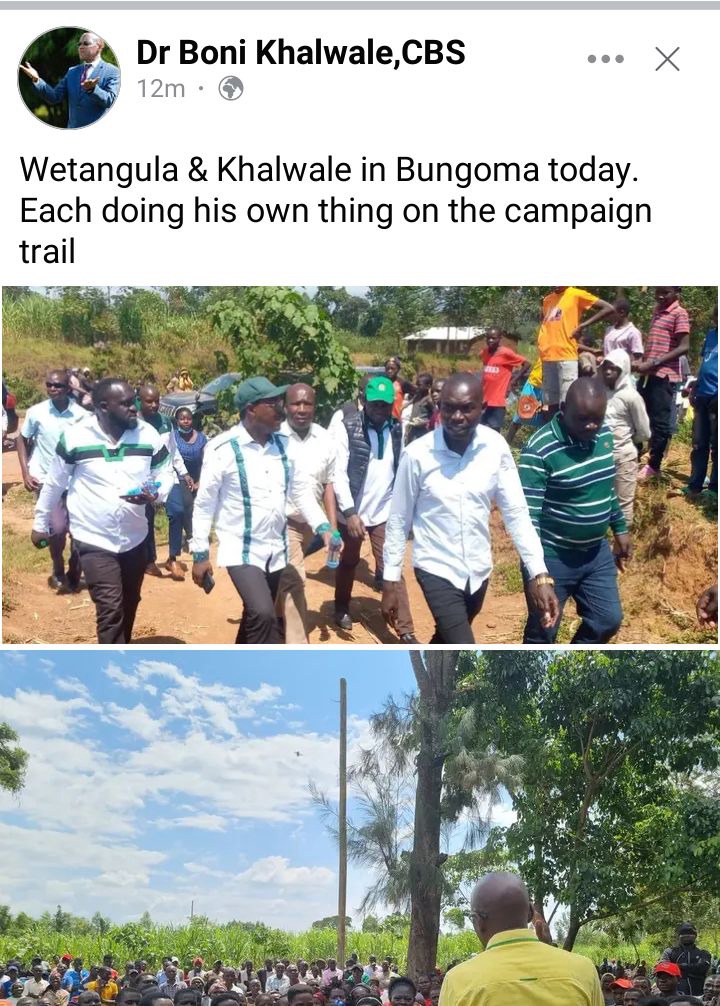 Bungoma senatorial seat has attracted rivalry in the two Kenya Kwanza Alliance parties with each party rallying behind its own candidate.

Bungoma senatorial by election is slated this Thursday, 8th December.