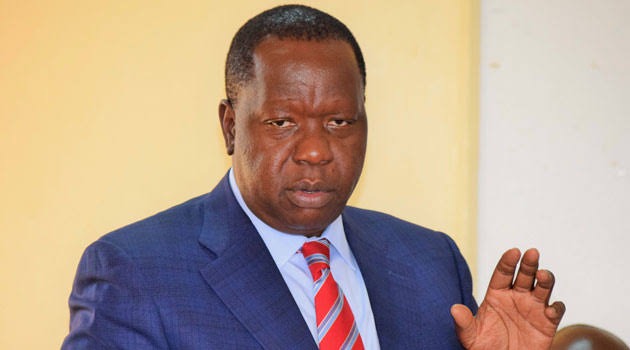 Through CS Fred Matiangi is a Cabinet Secretary and really not a politician. The loss of Jubilee Candidate Zepedeo Opore in Bonchari constituency is most perceived as his loss. It's clear the contest was reported as between Fred Matiangi, DP Ruto and Raila Odinga. The ODM candidate won through beating them all though the contest was hot and tight.

The loss of Jubilee Party clearly exposed jubilee party as lacking the support in Kisii really a big shock to CS Fred Matiangi. His attempts to use police as alleged by UDA and ODM did not succeed as the people braced it a and finally voted for their candidate of their choice clearly bringing jubilee party down.

Fred Matiangi has been touted as the Kisii region political Kingpin due to his position as well the power that he yields in the jubilee administration. This loss is therefore a big shocker not only to Matiangi but as well his boss Uhuru Kenyatta who expected his party to win the seat.

The loss of Jubilee in Bonchari by-election is a clarity and a factor that would definately affect Matiangi influence in government significantly. He has been proven wrong in his hold grip of the Kisii region that he has severally been trying to shield from DP Ruto forays.