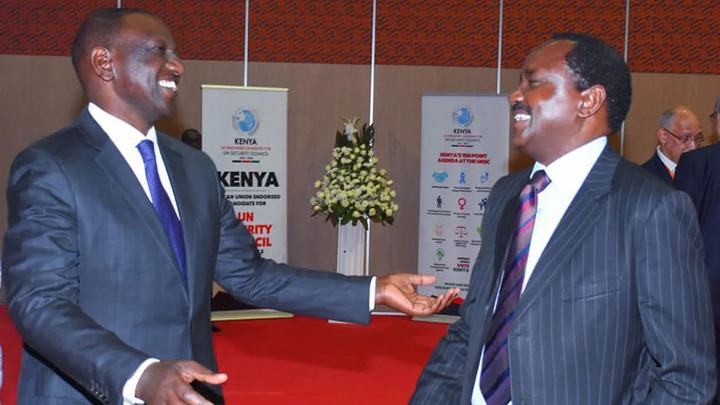 Few days after Wiper party leader Kalonzo Musyoka said that he was available for consultations and negotiations with Deputy President William Ruto ahead of the 2022 general election, his allies from the Ukambani Region have started expressing their views.

Makueni MP Daniel Maanzo who is among die hard members and supporters of the Wiper party ruled out a coalition pact between Ruto and the former Vice President stating that it would be an uphill task.

Speaking with the Star on phone, Maanzo argued that it is easier to work with the former Nasa leaders (Raila Odinga, Moses Wetangula and Musalia Mudavadi) since they know each other well compared to the DP.

The three Kalonzo, Mudavadi and Wetangula have joined hands with Kanu's chairman Gideon Moi and Cyrus Jirongo to form the One Kenya Alliance (OKA), and have since launched their 2022 presidential campaigns.

“We will not join Ruto even the Kamba leaders who are with him are few people who were in Jubilee Party last time and they were swept thoroughly in the last election," Maanzo told the Star on phone.

"You know former Nasa principles understand each other better, we have gone through challenges together but we do not know who Ruto is," he added. 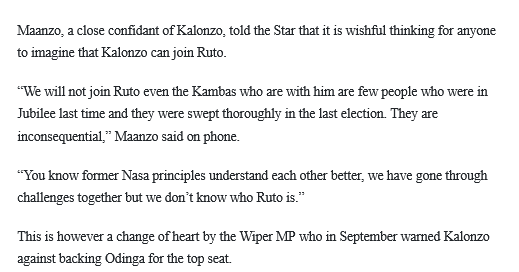 Thee Pluto Gifted 50K By A Nairobi Politician On His Birthday.

NEVER DO The Following When Driving an Automatic transmission Car

How Do You Achieve Goals In A Systematic way?

Brandy Maina Features On Turn Me On Amapiano Song By Teslah