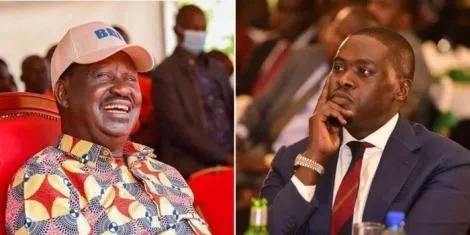 In a statement dated Friday, September 30, he stated that the communication of the Azimio la Umoja leadership lineup was improper, citing the county assembly's Standing Orders.

In addition, he directed the coalition party to formally resubmit the names of the house leadership in accordance with county assembly rules.

"From the foregoing, it is clear that the communication so relayed by the chair on Thursday, September 29, had no legal or constitutional foundation for the following reasons.

"Because the Chair was not properly in office, he was incapable of receiving any communication or delegating authority to the Clerk to act on it." According to Section 10 of the County Governments Act, 2012 and the Standing Orders, the communication did not originate with the nominating party," read part of the statement.

He explained in detail that he relayed incorrect communication because the nomination and approval procedures were carried out in an unconstitutional manner.

When the communication was said to have been received from the Azimio coalition and prepared for relay to the House, the chair of the House Business Committee, which assists the Speaker in the approval of business to be transacted, had not yet taken office.

"As a result, the chair neither approved nor authorized the clerk to prepare the said communication." In fact, the chair only mentioned the alleged communication on the House floor for the first time. This goes against all established practices and procedures regarding the chair's authority to determine and approve House business. 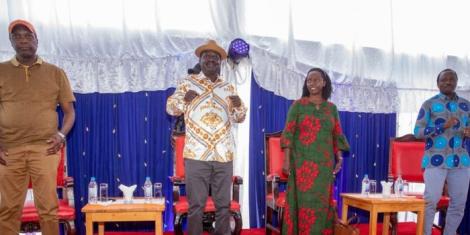 "The chair has since discovered that his office has not received any such letter, and thus the communication lacks support. Upon further examination by the speaker, the Office of the Clerk, which prepared the communication, did not attach the said official communication from the party "He elaborated.

Furthermore, he ordered an investigation into the incident, calling it an embarrassment.

Ng'ondi was elected speaker on Thursday, September 29, by a faction led by Raila Odinga.