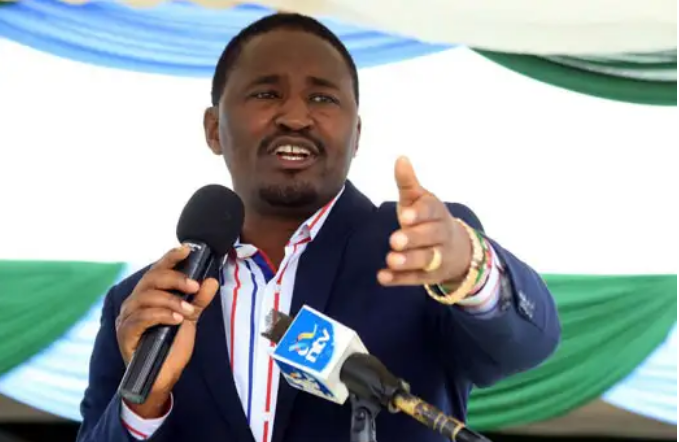 Former Agriculture CS, Mwangi Kiunjuri on Friday recounted how some of his friends that he helped while broke abandoned him and his family at their time of need.

Speaking at a funeral service of his nephew Gerald, Kiunjuri claimed that his closest political allies did not reach out to him to console him after losing his nephew.

The TSP party leader named Laikipia Senator John Kinyua and Laikipia West MP Patrick Mariru as some of those politicians that abandoned despite building their political careers.

“Today two people surprised me, Senator John Kinyua, who I put in my vehicle in 2013 taking him all round in Laikipia. He was broke and my wife fed him for three months, yet up to now not even a message of condolences has he sent to me and my family. Not even a WhatsApp message.

“Laikipia West MP Mariru also has not sent me any condolence not or anything of the sort all I want to say before the church is that I have never wronged either of the two and whatever I have said about the two is the only thing I will ever say about them and may God redeem them,” Kiunjuri said as reported by Kenyans.co.ke.

Just In: Family of Serial Killer Masten Wanjala Refuses to Bury His Body