By Trendingalerts (self media writer) | 12 days ago

Raila Odinga had gone for National Delegate Conference of Wiper party. As you know that Kalonzo Musyoka who is the party leader Wiper united with Gedion Moi together with Musalia Mudavadi to form One Kenya Alliance coalition. 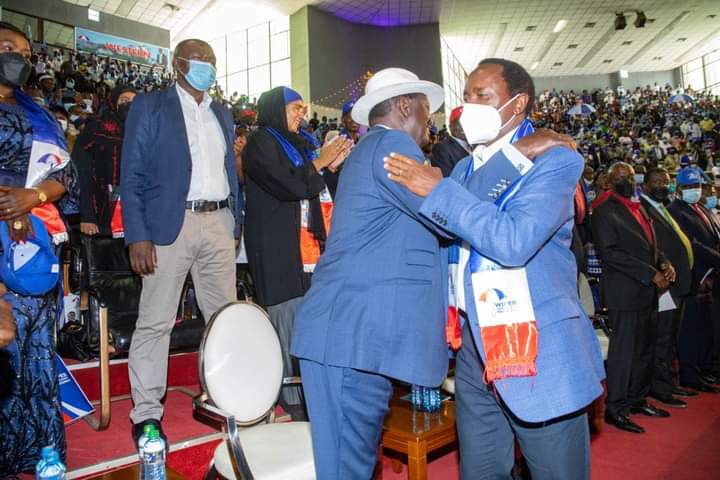 This is why the three leaders have been the from runners on this event. Raila Odinga said that Kalonzo Musyoka welcomed him to attend the meeting. This means that the two leaders are communicating together secretly without making it official. Nation newspaper projects a coalition between Raila Odinga and One Kenya Alliance. Initially the two parties were united forming NASA were it took them to general election on 2013 and 2017. 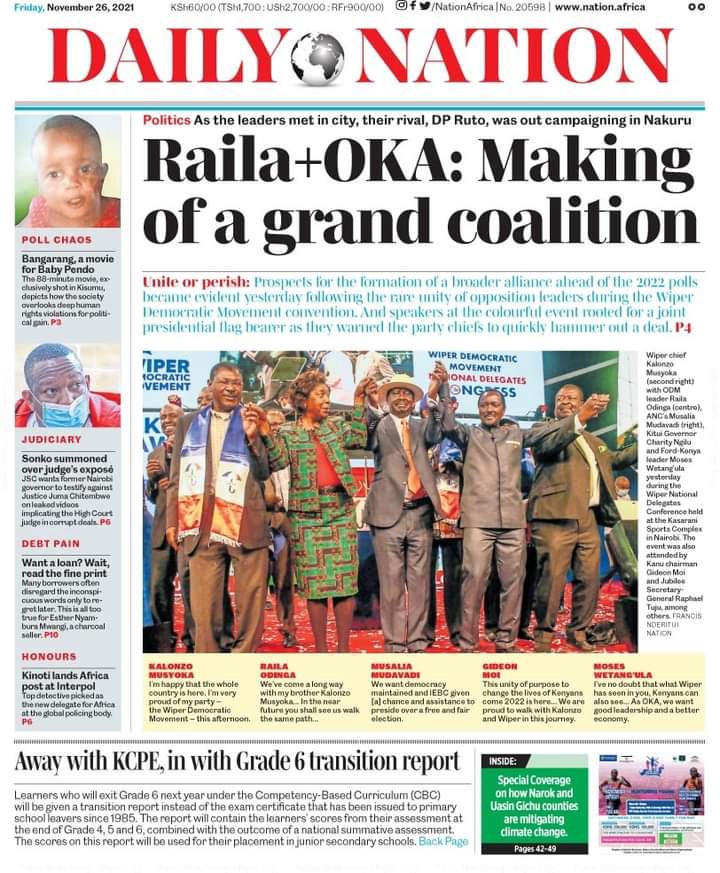 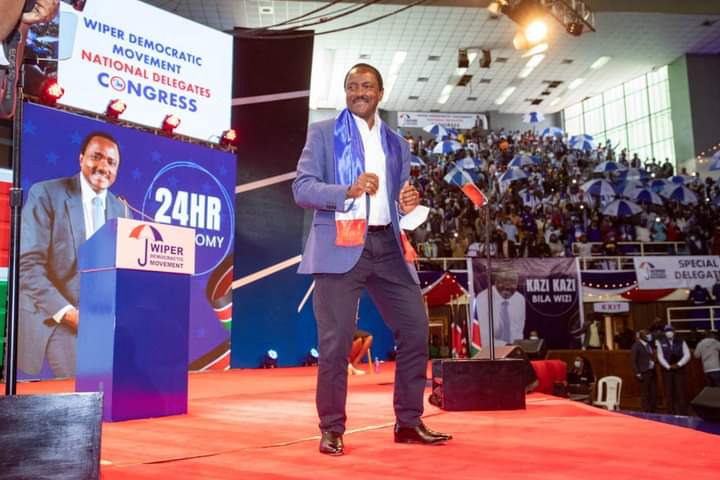 From his speech he hinted that him with Kalonzo Musyoka are friends and they have united for long since formation of Narc Kenya party until the latest election. He also predicted that in future they are going to meet again.

Content created and supplied by: Trendingalerts (via Opera News )

Opinion: Why Ruto Must Convince These Two Leaders To Join Him If He Wants Mt Kenya Votes