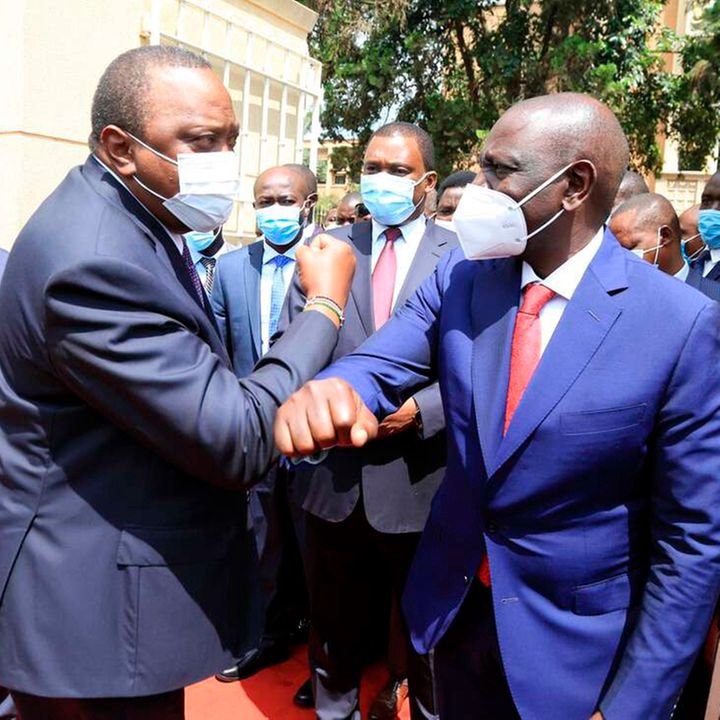 Deputy President William Ruto has once again expressed confidence that he is the man with the Mt Kenya vote ahead of the coming presidential race.

He has been crisscrossing the region since 2018, in an apparent bid to pull area residents to his side and use their votes to better his chances in 2022.

On Sunday, he admitted that this is indeed the plan, further revealing that it's President Uhuru Kenyatta who told him to do the same if he is to win.

Speaking in Kiambaa, he alleged that the President told him to approach the region strategically and help where he can, which is what he has been doing.

He thanked the President for telling him what to do, saying that thanks to his advise, he has done so much in the region and across the entire country.

"I thank the President for telling me early to start organising myself on how to climb the mountain. He told me if I want to stay in good terms with the mountain region people I should focus on the developments, I plan on the roads, plan on water, education and also visit churches in all corners," said the DP, according to The Star. 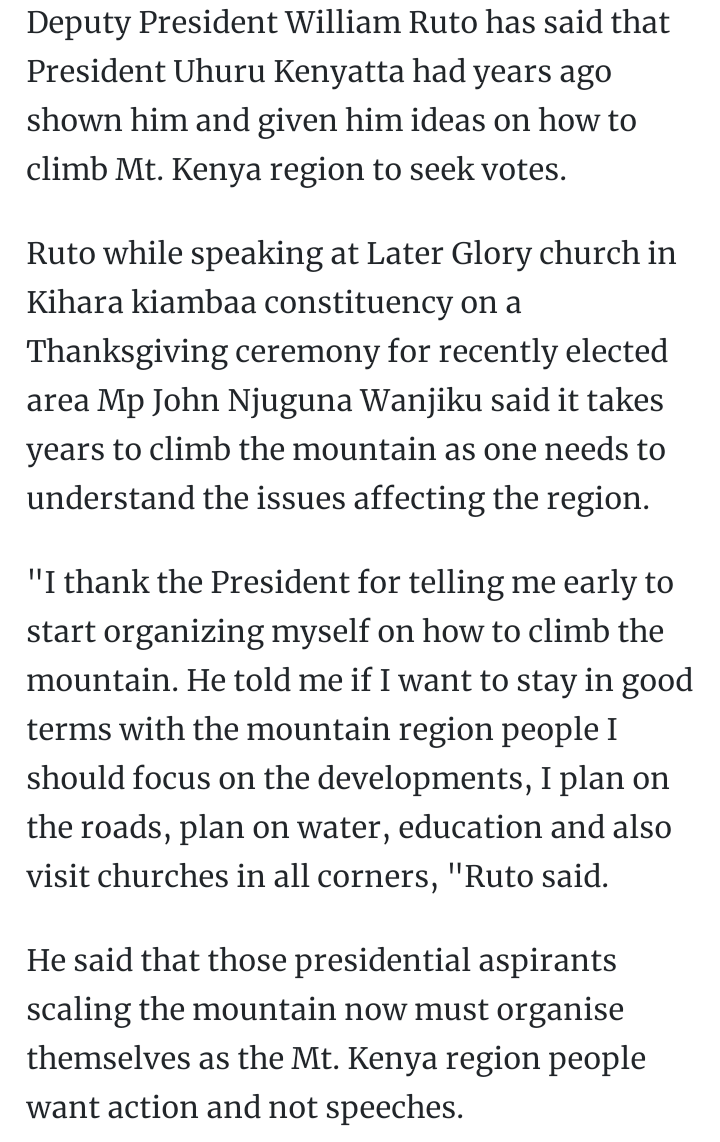 He gave the same advise to those who have just began seeking the Central Kenya vote, telling them that they will have to base their promises on tangible things and not mere campaign speeches.

"The president knows as he advised me to start early and organise myself to understand the issues of the region and start working on them and I think we have done a good job in matters development as we have done in every other part of the country," he added.

But his remarks come at a time when the same Uhuru is now reportedly working hard to ensure that he doesn't get the very same Central Kenya vote and doesn't ascend to the presidency.

Uhuru has admitted that he wants the vote with ODM leader Raila Odinga, and while addressing his supporters in Thiba Ward recently, said that he is the man behind Raila's campaign tours to the region.

"I sent a guest here, I hope you treated him well," said the President, who has since reneged on his earlier vow to endorse the DP as the best to succeed him.