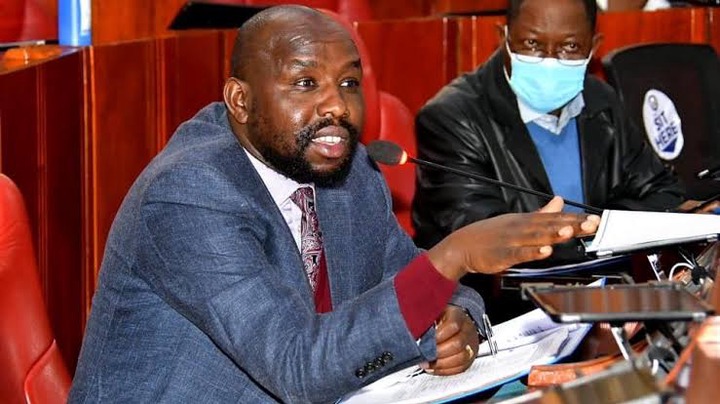 In his message, senator Kipchumba Murkomen has questioned whose jersey Kanini Kega gave to Raila Odinga yet he had not consulted those who were the legitimate and official Marafiki FC members.

Kipchumba Murkomen has gone ahead to question whether Jersey number nine didn't belong to Kakamega county senator Cleophas Malala who is a team member in the Marafiki FC.

He has also wondered if the theatrics by Kanini Kega was how the Building Bridges work within them and their handshake partner Raila Odinga who was at his home and gifted him the jersey.

Kanini Kega has also been cautioned against giving out Murkomen's jersey to his friend Member of Parliament Honourable Junet Mohamed unless he has consulted the hustlers from the Nyeri County. 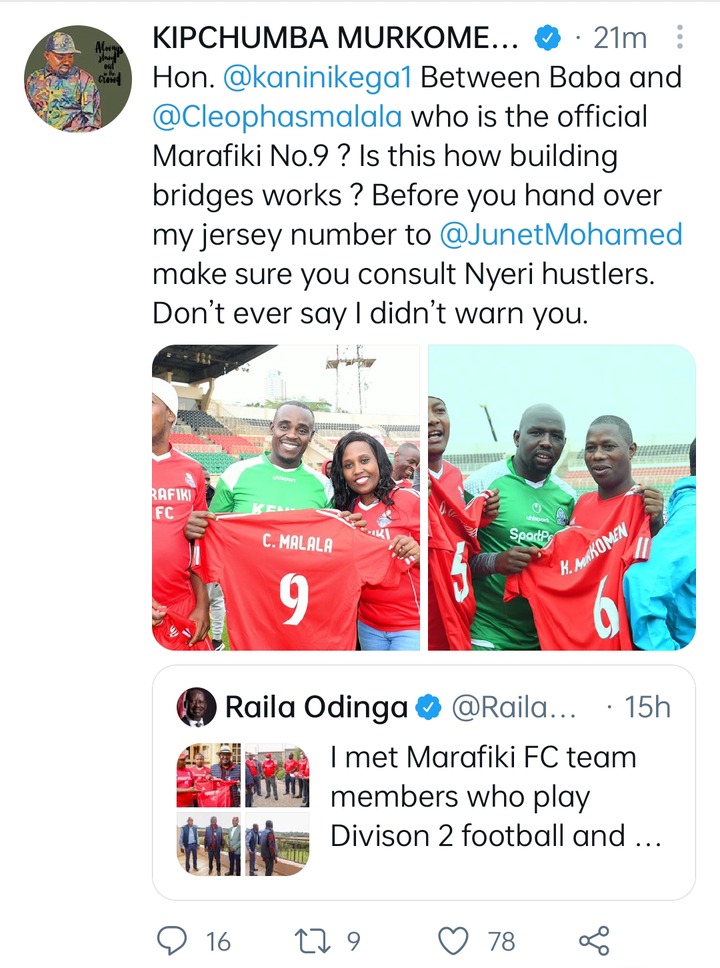 "Hon. @kaninikega1 Between Baba and @Cleophasmalala who is the official Marafiki No.9 ? Is this how building bridges works ? Before you hand over my jersey number to @JunetMohamed make sure you consult Nyeri hustlers. Don’t ever say I didn’t warn you." https://t.co/Kd7fBN85Ym

On Friday, Raila Odinga paid the controversial Member of Parliament a homage at his Hobe after he was through with his burial within the country.

According to Kanini Kega, Raila Odinga had visited his home for lunch and it is at that point he got a chance to award him with a jersey from the Marafiki FC.

However, there is a misunderstanding whether Kanini Kega had informed other team members and officials of the decision to award a club property to the former Prime Minister.

What next To"TangaTanga" as President Uhuru Signs Political Parties Bill Into Law?

Which Position Will ANC Leader Hold in the Coalition Government Should They Win?