It has emerged that former Prime Minister Raila Amollo Odinga has brought to his key strategies top allies of the Head of State president Uhuru Kenyatta.

According to details, sone of the allies of the Head of State are silently playing the key role of building Raila Odinga's campaign machine ahead of the 2022 general elections.

"The Star has established President Kenyatta's close advisers and financiers in 2017 are crafting a presidential campaign strategy for Raila. Wealthy and influential businessmen are at the centre." 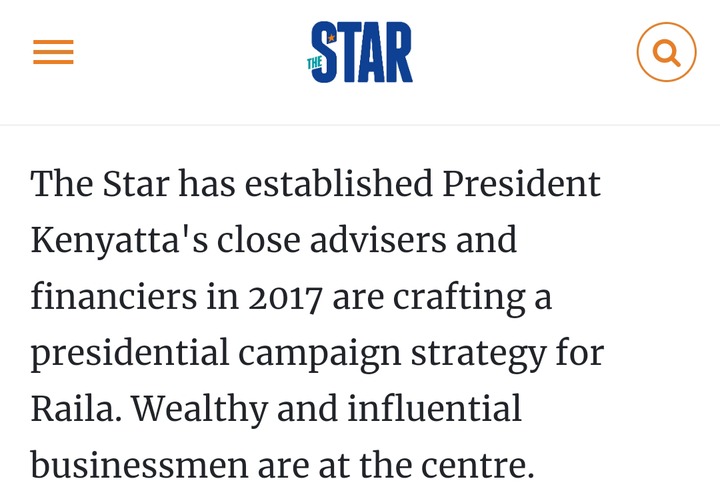 It is the sane financiers who will be expected to work with sone of the strategists who the Head of State president Uhuru Kenyatta used both in the 2013 and the 2017 general elections.

To show his might and closeness to the strategists of the Head of State president Uhuru Kenyatta, Raila Odinga is expected to meet a host of them this Tuesday at the Safari Park hotel along the busy Thika Superhighway.

It is said that the meeting will be aimed at cementing the great relationship between the Head of State and his handshake partner Raila Odinga. 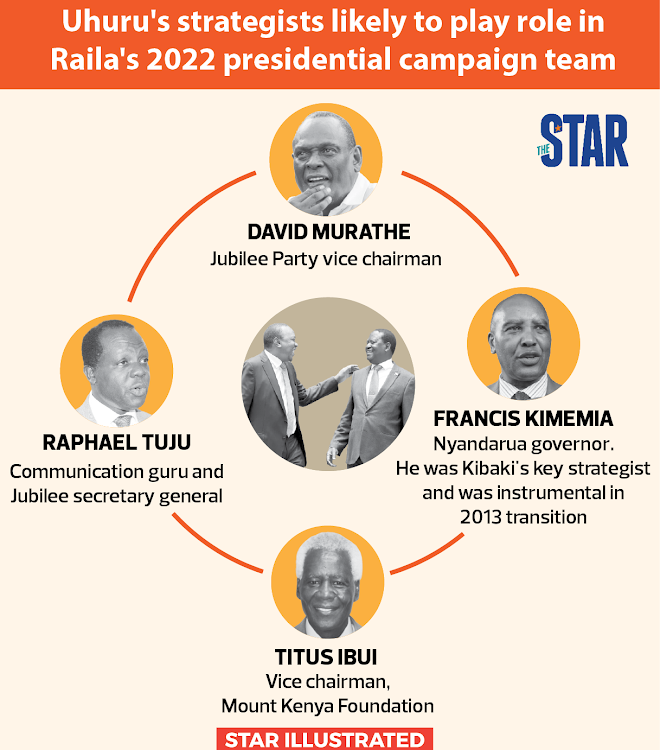 Raila Odinga will be expected to notify the Billionaire's club on his plans ahead of the 2022 general elections and what he would like to be helped by the Mount Kenya strategists.

Former Dagoretti South constituency Member of Parliament Honourable Dennis Waweru has already confirmed being among those who are members of the top Mount Kenya Foundation.

“We want to hear Raila's plans for Mt Kenya. You know we were very instrumental in Kibaki and Uhuru’s presidencies. We want him to tell us his agenda for our coffee, tea.It is more of an interactive session for the region to engage the former premier,” Waweru said. 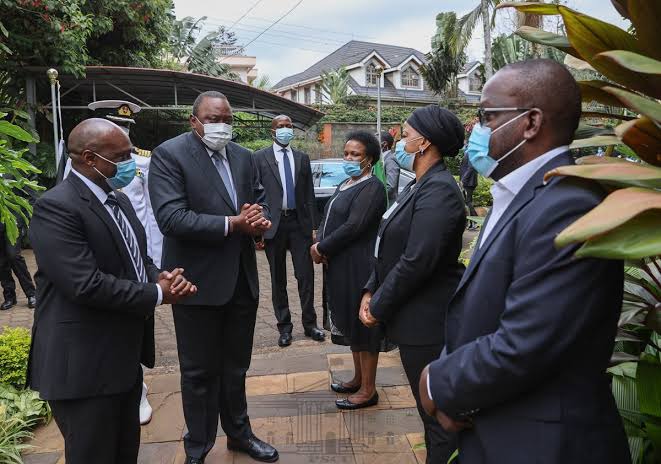 They are also said to be ready to finance Raila Odinga after having done greatly in the last electoral cycle having managed to fundraise around Ksh 1 billion in less an am hour in 2017.