Kenyans Left Surprised as Raila Reveals What Binds Him With Uhuru, Speaks on Being Opposition Leader

The Orange Democratic Movement (ODM) party leader Raila Amollo Odinga has caught Kenyans by surprise as he reveals what exactly binds him with President Uhuru Kenyatta.

Speaking during an exclusive interview at Chatham House in London, UK, the Former Prime Minister explained that his relationship with the President is majorly fueled by the fact that he is a true believer and friend of his Jubilee government. 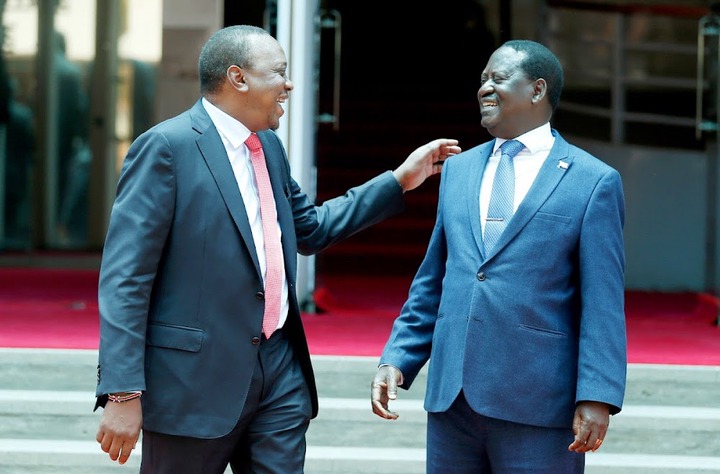 Further, he claimed due to his respect to the government under President Uhuru Kenyatta's reign, that's whey he went ahead to ensure he becomes part of it. And with that, the famous 2018 Handshake between the two bigwigs came as a representation of his honour not only to Kenyans, but also the government. 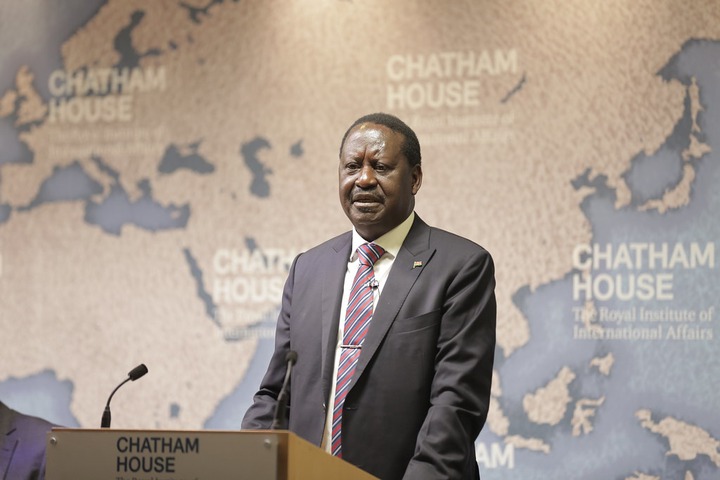 On being questioned about the consequence of partnering with the President with respect to his position as the leading Opposition Leader, Raila affirmed that the Opposition waves did not die. With that, he revealed that despite of his close relationship with President Uhuru's government, the he is still the chieftain of the Opposition side. 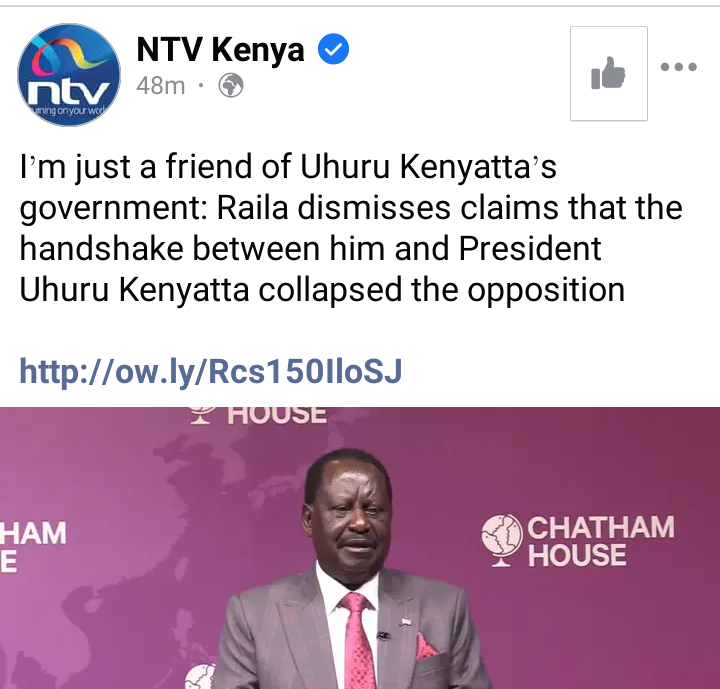 "Western chronicles" How Mudavadi, Wetangula have planned to seize Odinga's popularity in the region