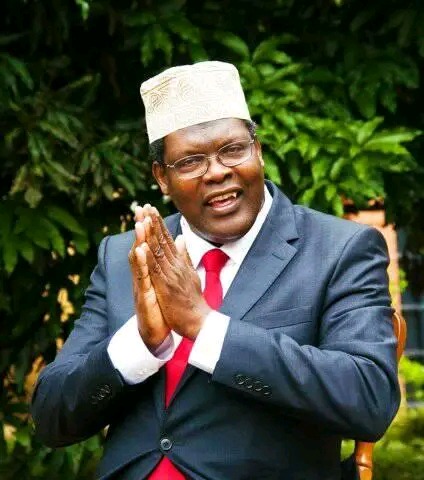 Opposition lawyer Miguna Miguna has again lashed out at the political party ahead of the August election.

Miguna, who announced his allegiance to Deputy President William Ruto in the presidential race, came up with a list of three United Democratic Party politicians, the UDA, who said he was 'immoral,' dishonest and corrupt.

His list includes Thaka Nithi Senator Kithure Kindiki, UDA Chairman Johnson Muthama and Kakamega Senator Cleophas Malala. The three, he said, had been circulating the results of the Kenya Kwanza Alliance's campaign ahead of the August elections. He further added that they were not loyal to their party in the way they attacked other people. Miguna therefore called for the intervention of party structures.

"The three most corrupt crooks in the Kenya Kwanza party who have to be arrested are Kithure Kindiki, Cleophas Malala and Johnson Muthama. he said on his official Twitter page on Saturday evening.

His allegations appear to indicate how Kitre Kindiki failed to appear in Karen when Ruto introduced Matira MP Rigathi Gachagua as his personal representative.

Kakamega Senator Cleophas Malala, on the other hand, has opposed the DP's invasion of Western Kenya, accusing him of being the main reason why Mudavadi and Wetangula did not reach the 70% of the vote in the Western constituency. Muthama also had a strong hand in the coalition as he opposed the inclusion of Development Chap Chap Party leader Alfred Mutua in the episode.

CONFIRMED:Good News To Manchester City And Ac Milan Fans After Deal is Done And Sealed #MUFC&ACMilan