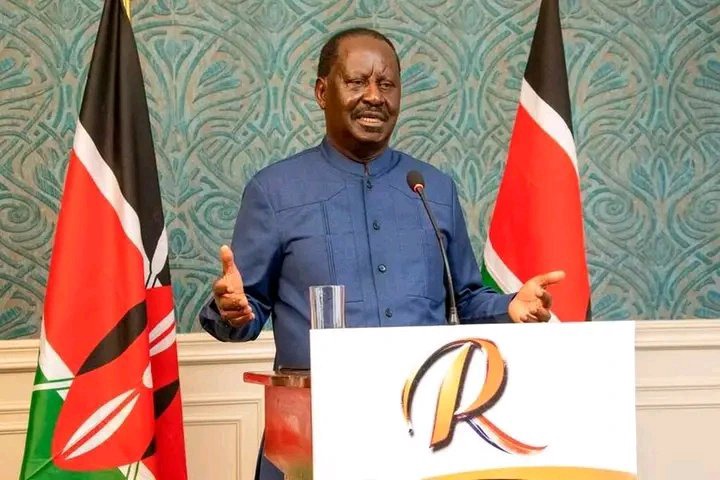 The winner of the presidential race was announced yesterday by the head of the IEBC, Wafula Chebukati. UDA leader William Ruto was declared the winner of the general election on August 9. Also, some Azimio La Umoja agents protested the results at Bomas, which caused a bit of a stir. The source says that ODM leader Raila Odinga just broke his silence and gave more information about yesterday's presidential results. Raila Odinga, the leader of the ODM, has said that the results are not valid and that the court will decide. I'll quote his statement from the source: The numbers Chebukati announced are invalid and must be thrown out by a court of law, the source said. 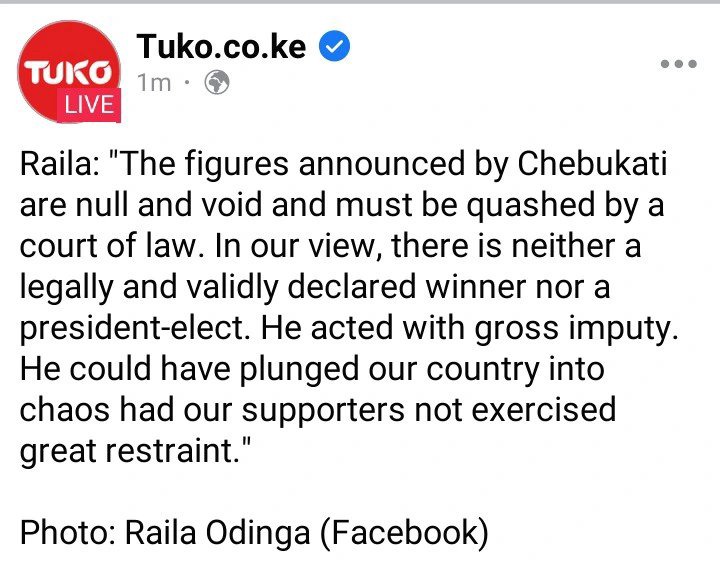 This just came in after Juliana, the vice chair, broke the silence and told us more about the election results from yesterday. Juliana's statement shows that the results don't match up with the law about how many people are registered to vote in the country as a whole. She also said that the results were more than 100%, since 0.01% is equal to 142,000 votes.

This just came out after millions of Kenya Kwanza supporters celebrated when UDA leader William Ruto was named the winner of the presidential election.

Also, Raila Odinga's running mate, Martha Karua, said yesterday that it's not over. 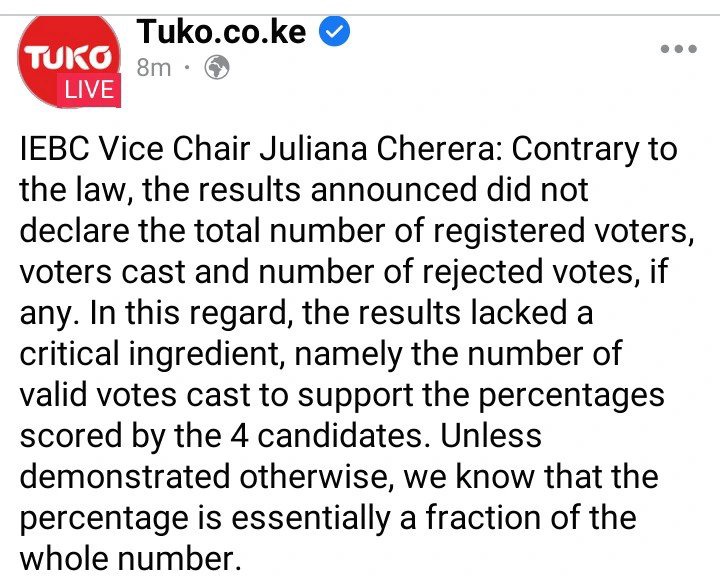 Let's get together and keep the peace.