By Otieno-Onguko (self media writer) | 11 days ago 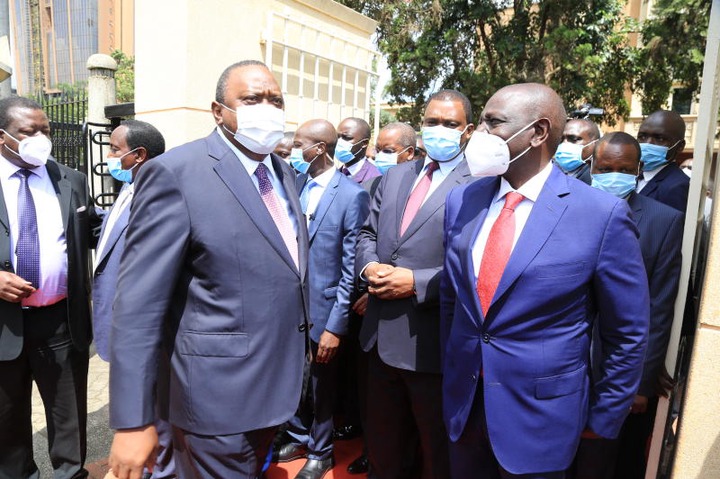 Deputy President William Ruto has said that he has taken over as the Mt Kenya kingpin and now calls the shots politically in the vote rich region.

Ruto has made forays into the region as a result of his countless tours and fundraisers, which have enabled him to win over a good number of area leaders initially allied to President Uhuru Kenyatta.

It's worth noting that Uhuru is considered the region's kingpin, but has been dealing with a situation where some leaders from the area have been bashing and attacking him in defence of the DP.

Ruto on Saturday claimed that he now controls the region, telling off his opponents in the presidential race like ODM leader Raila Odinga who have been trying to secure a portion of the Central Kenya vote.

He told such people that their efforts will not yield any votes, adding that he is far ahead of them and all they can do is try to play catch-up. 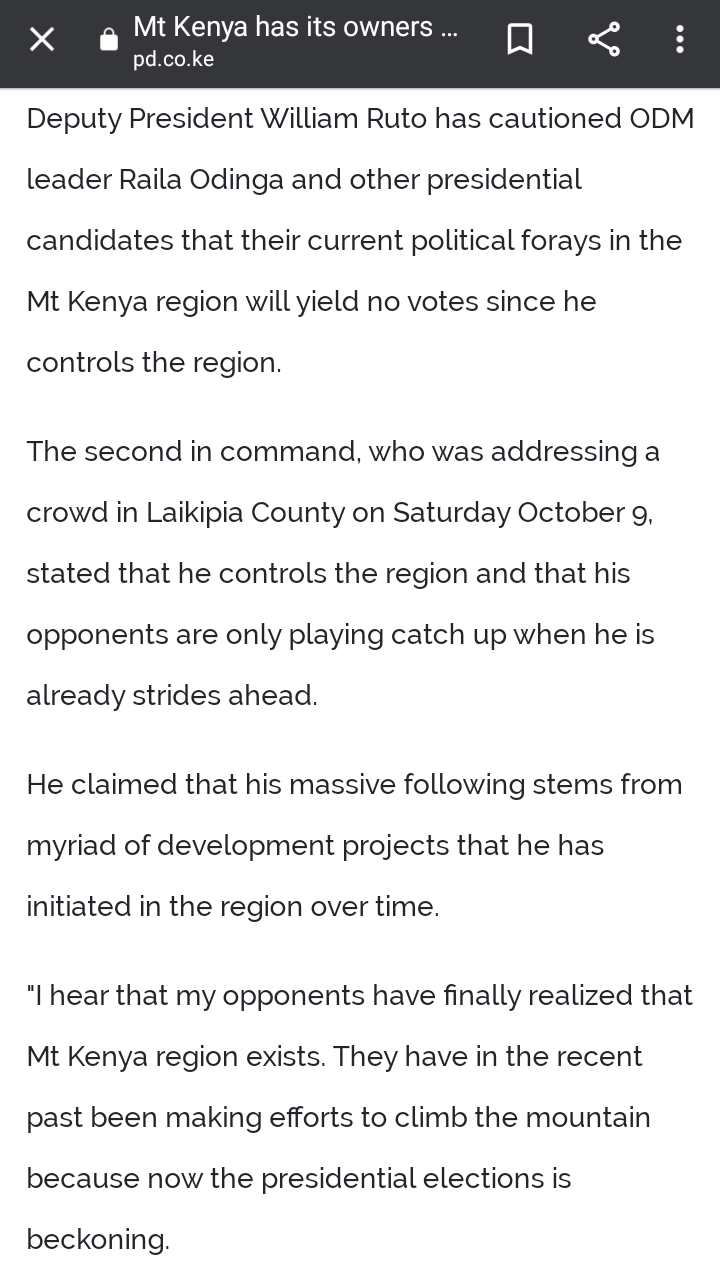 "I hear that my opponents have finally realized that Mt Kenya region exists. They have in the recent past been making efforts to climb the mountain because now the presidential elections is beckoning," he said in Laikipia, according to People Daily.

He termed his efforts towards the well being of area residents, including construction of roads and education facilities, as what has enabled him take over and whitewash the other politicians.

"Let them know that some of us have been here since time immemorial. While they were away I was building churches, roads, TVETS and connecting electricity. I wish to remind them that the mountain has its owners," he added.

Its because of such remarks that allies of Uhuru have been criticizing him, accusing him of making remarks aimed at demeaning the President, who, to them, remains the person who controls the region's politics.

He made the remarks a few weeks after Raila's tour of the region, which has praised because of the huge crowds he managed to attract to his roadside rallies.