By Milton (self media writer) | 4 months ago

The orange democratic movement party leader Hon Raila Odinga today held a meeting with maa community in Narok County where they discussed various issues ahead of the next general election. According to the news which was shared on the social media platforms, the former prime minister Raila Odinga was welcomed in style by the maa community leaders who endorsed him as the next president. 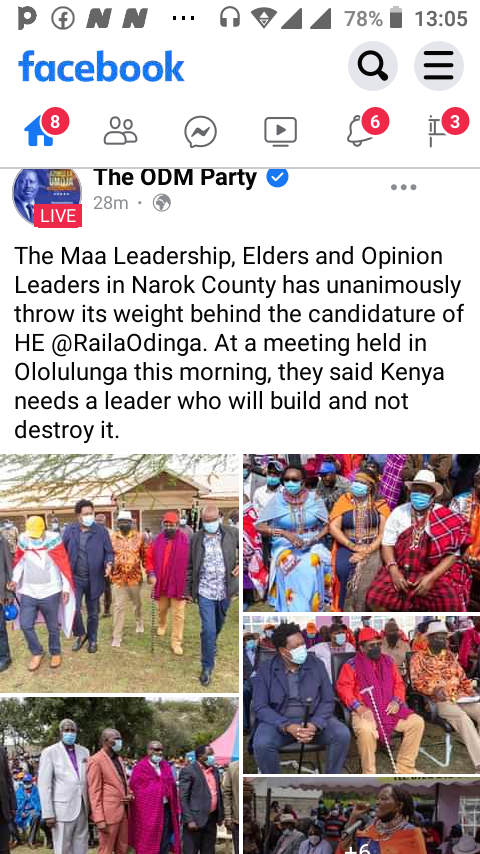 The orange democratic movement party leader Hon Raila Odinga was later held a meeting with Maa Community leaders who welcomed him well in the region. According to the news which was shared on the social media platforms, the maa community agreed to support Raila Odinga in the August general election. Despite that, the former prime minister Raila Odinga was also accompanied by several leaders who also attended a meeting. 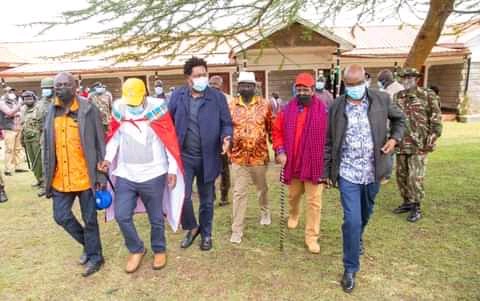 The leaders who accompanied the former prime minister Raila Odinga to Narok county includes the Suna East member of parliament Hon Junet Muhammed. The other leaders includes Kieni member of parliament Hon Kanini Kega, Siaya senator Hon James Orengo among other leaders. All kenyans are urged to register as voters so that they can elect their preferred leader in the next general election. Remember to wear mask and maintain social distance so that we can overcome this deadly disease called covid-19 in our country.