By CyrusWhites (self media writer) | 2 months ago 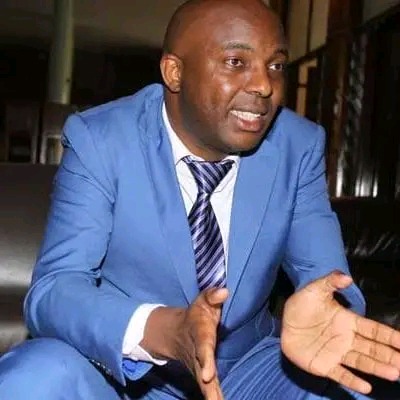 Senator Irungu Kang'ata spoke out after the Independent Electoral and Boundaries Commission (IEBC) denied him the right to compete for governor of Murang'a in the national elections on August 9.

Kang'ata filed his documents with the IEBC on Monday, hoping to be permitted to run for office only if he was denied a certificate.

The IEBC never explained to Kang'ata why Winnie Mwangi did not retire during his official tenure.

The center requested government officials wishing to sit in the August 9 election to resign by February 9, 2022, but Winnie reportedly did not resign that day.

Winnie worked as a lecturer at the University of Nairobi before Kangata chose her as a partner.

Kang'ata ended the silence by saying Winnie resigned before February 9 and accused her rivals of the same.

He revealed that his rivals were plotting to stay out of the race.

He promised to testify on Tuesday.

"We have proof that he resigned on time and we will be back tomorrow to prove that," he told the star