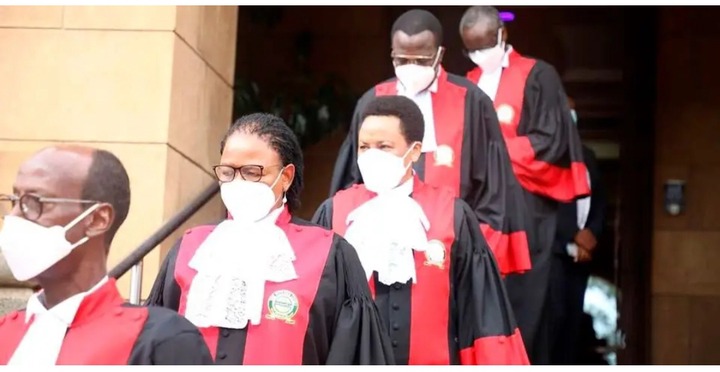 What you need to know: The Kenya Kwanza and IEBC officials want the petition dismissed, but the Apex Court will soon decide whether UDA presidential candidate William Ruto and his running partner Rigathi Gachagua should be sworn in if they win.

If William Ruto and Rigathi Gachagua are certified the winners of Tuesday's elections, the Supreme Court will decide whether they take office.

In the event that Dr. Ruto and Mr. Gachagua win the presidential election, the court yesterday agreed to hear an application by 11 activists trying to prevent their inauguration.

However, DP Ruto and his running mate are attempting to get the case dismissed. 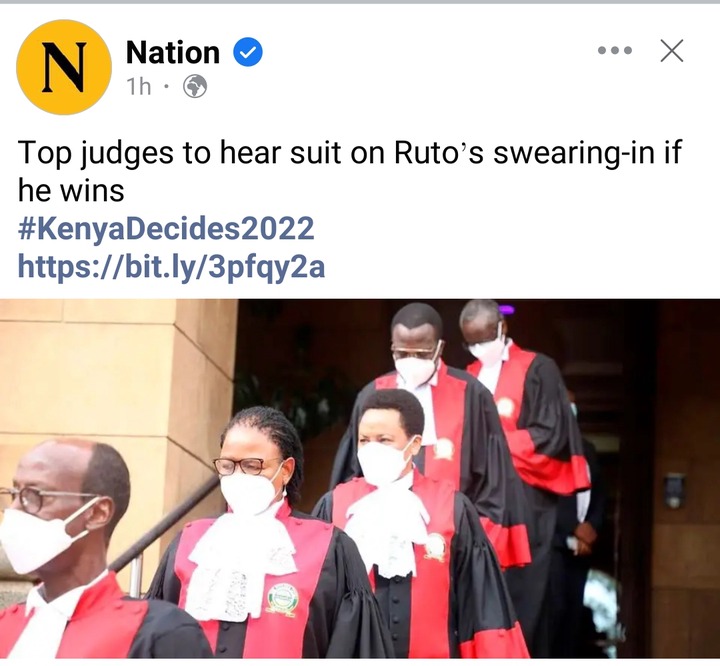 Yesterday, when the matter was called for mention, the deputy registrar of the supreme court, Bernard Kasavuli, announced that Deputy Chief Justice Philomena Mwilu will appoint a five-judge bench to decide the activists' request.

According to Mr. Kasavuli, the parties to the lawsuit will be informed later on the court's judgment about the activists' request.

"The file will be presented to the Deputy Chief Justice for the appointment of a bench to hear the application on record and render a decision. When the decision will be rendered, the parties will be notified "Mr. Kasavuli said.

The United Democratic Alliance (UDA) party, Dr. Ruto, Mr. Gachagua, and the yet-to-be-appointed bench will all voice their objections.

In a joint response to the lawsuit, the Independent Electoral and Boundaries Commission (IEBC) and its chairman Wafula Chebukati claimed that the apex court lacked the authority to address the concerns raised by activists regarding the eligibility of the Ruto-Gachagua ticket due to integrity issues on the latter.

In a second joint response, DP Ruto, Mr. Gachagua, and their party UDA claimed that the court lacked the authority to hear the matter and that the lawsuit was "incompetent and incurably deficient both in form and in content and is therefore untenable."

According to attorney Elias Mutuma for UDA, Dr. Ruto, and Mr. Gachagua, "the petition is an abuse of the court process and it amounts to forum shopping in that the petitioners have filed a similar petition at the High Court constitutional division where they are seeking similar orders and based on the same set of facts." He claimed that the activists improperly and prematurely asserted the Supreme Court's jurisdiction to hear and decide constitutional disputes.

According to the rules of Article 140 of the constitution, this court may only sit as a court of first instance in such a matter (questions as to validity of presidential election). Regarding the constitutionally provided channels for recourse, this issue violates the notion of exhaustion.