ODM Party To Determine Next Week, Who Will Be The Flag Bearer In The Coming General Election 2022

By Kelixbengas (self meida writer) | 3 days

Over the past few days, ODM party has been on the news headlines. Raising a hot conversation on social media in the country, after he announced that come 2022, he will be in the ballot box. 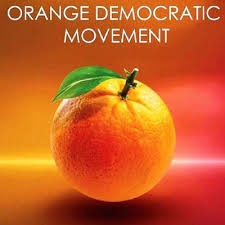 On a rallies, Raila said he doesn't need president Uhuru Kenyatta's endorsement to win in the general election. This created a mixed reaction. The two are chief endorsers of building bridges initiative. Raila's sentiment took another route when he stated that even if BBI is nullified by the court, he is still on the race to state house.

There has been a lot of confusing in ODM party. On the other hand Deputy party leader who is the country governor of Mombasa Hassan Joho came out clearly and announce he will be the ODM flag bearer come 2022. 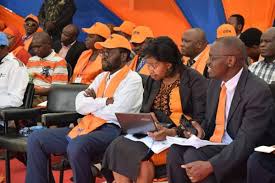 Two days ago, Jimmy Wanjigi who is one of Raila's closest friend through a media press conference showed his interest in becoming the next president of Kenya come 2022. And he will be using ODM party ticket. 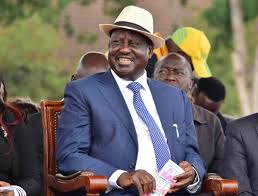 According to sources, Raila is using his capacity and capability to win trust from other leaders and pool support and their efforts to face Deputy President William Ruto in the general election.

Kenyans on Twitter as termed Raila as a liar. In 2017 Raila was in opposition side of government, but recently, he is in the government through a backdoor. 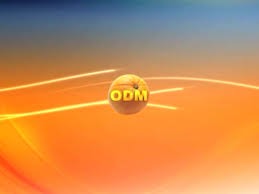 Not the first time in such a conversation have Kenyans discussed politics. But, it was Raila's time to face the conversation Kenyans were discussing online. These are some comments from twitter.

Content created and supplied by: Kelixbengas (via Opera News )

Doctors Found The Main Cause Of Bad Breath That Most People Don't Know, Read It Here

Ruto's Camp Gets Another Message From Mt. Kenya As Leaders Declare This In Meru

Best Tips On How To Overcome Constipation

Netizens answers to the question, "One thing that your house help does that really pisses you off.'