By Raphael munanga (self media writer) | 1 month ago 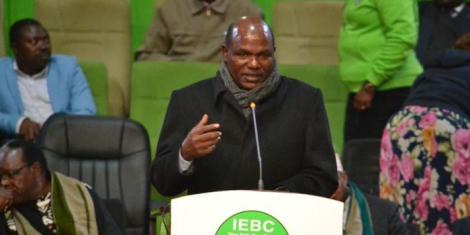 The Maina Kiai case of 2017 has been one of the most quoted cases in recent days over the precedence it set in the electoral process.

Particularly, the case is cited as one of the most revolutionary cases in the electoral process following the guidelines set by the Court of Appeal over tallying and declaration of presidential results.

Most importantly, it is in the 2017 case where it was determined that the results from the polling stations are final and can only be altered by the Supreme Court, not even the Independent Electoral and Boundaries Commission (IEBC) chairperson.

"Accuracy of the count is fundamental in any election. Voter turnout determines the outcome of any electoral contest. Numbers are therefore not only unimpeachable, but they are everything in an election. The lowest voting unit and the first level of a declaration of presidential election results is the polling station. 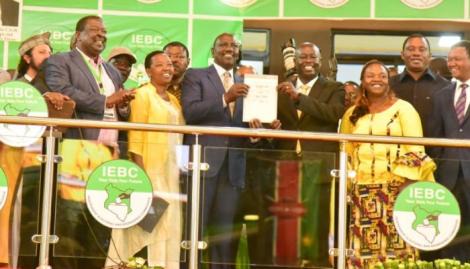 "The declaration form containing those results is a primary document and all other forms subsequent to it are only tallies of the original and final results recorded at the polling station," read the judgement in part

The judgement delivered by a five-judge bench comprising Justices William Ouko, Asike-Makhandia, Patrick Kiage, Kathurima M'Inoti and Agnes Murgor insisted that Chebukati could not alter any results as he did not have the powers to do so.

"To suggest that there is some law that empowers the chairperson of the IEBC, as an individual to alone correct, vary, confirm, alter, modify or adjust the results electronically transmitted to the national tallying centre from the constituency tallying centres, is to donate an illegitimate power.

"Such a suggestion would introduce opaqueness and arbitrariness to the electoral process - the very mischief the Constitution seeks to remedy," read the ruling in part.

The 2017 case was also used in the Supreme Court judgement in overturning the win of President Uhuru Kenyatta and President-Elect William Ruto.

"IEBC and the chairperson cannot correct errors identified in Forms 34B or amend Forms 34B where the same differ with the results contained in the relevant Forms 34A.

"Theirs is to expose such discrepancies and leave the resolution of such issues to the election Court, in this case, the Supreme Court," the apex court ruled in 2017. 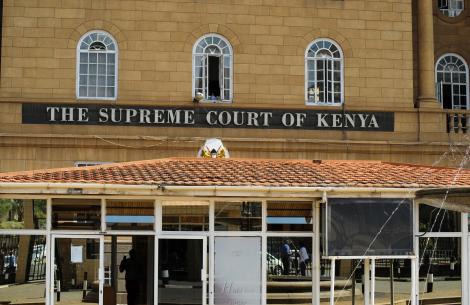 How to Solve a System of Linear Equations