Musalia Mudavadi is the party leader of the ANC party.He is also one of the OKA principals,yesterday Mr Musalia decided to shake the earth at the Bomas of Kenya.This shake has seemed to affect his OKA coalition in that in the Bomas meeting all the OKA principals were present at first but others decided to match out after the arrival of the deputy president. 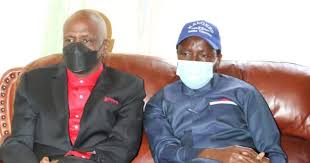 In the year 2017,Musalia Mudavadi was in Raila's camp that is NASA coalition.While in the yesterday's meeting at the Bomas of Kenya,Musalia Mudavadi indicated that he is ready to work with the deputy president William Ruto.One of the reason why he decided to work was to show Mr Odinga that he is not the only one to be backed by the mulembe nation. 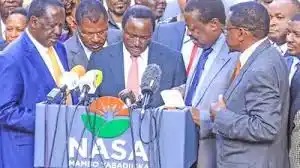 Musalia Mudavadi viewed the deputy president as the most preferred candidate by the Kenyan citizens.He wanted to be one of the winning team after the August elections.He seem to have done his mathematics well in that if Ruto wins the forthcoming general elections then he will be part of the people who will be forming the next government. 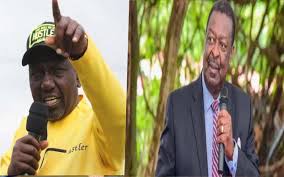 The ANC party leader accepted the many calls from the deputy president of joining him ahead of the general elections.Mr Ruto has been calling Musalia's support from time to time,so it was the time now for Musalia Mudavadi to respond by shaking the earth in the meeting at the Bomas of Kenya. 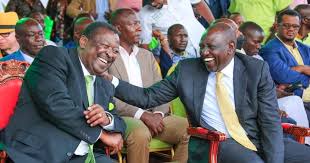 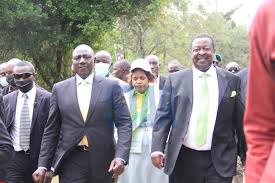