Taifa Leo Newspaper has today reported that the ODM Party Leader has now taken a break from the political stage and has already mandated Kalonzo with the affairs of leading the Opposition, a move political pundits interpret as a way to prepare the latter to build his Career ahead of 2022 general election.

According to the report by the media station, insiders who spoke under the condition of anonymity revealed that both Uhuru Kenyatta and the ODM Party Leader Hon Raila Odinga have blessed Kalonzo in his new role. 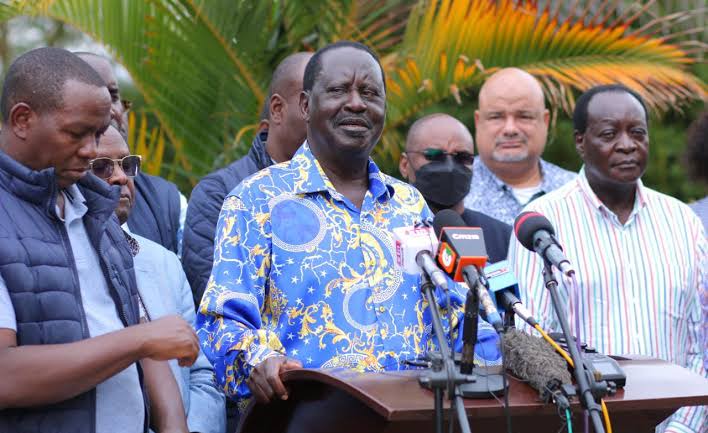 But contacted for comment, Kalonzo's spokesman is said to have downplayed the reports adding that Raila remains as the Opposition leader until when he will come out in the public to task Kalonzo with the duty of keeping Ruto's Govt to check.

In other reports, Former president, Uhuru Kenyatta, reportedly flew out of the country hours after handing over the instruments of power to his successor, William Ruto, on Tuesday, September 13. 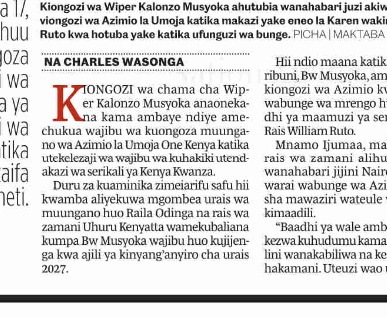