By Skydigital (self media writer) | 1 month ago

Raila Odinga and his Azimio team camped in Kiambu County for a series of rallies spreading the Azimio gospel to the people of Kiambu. 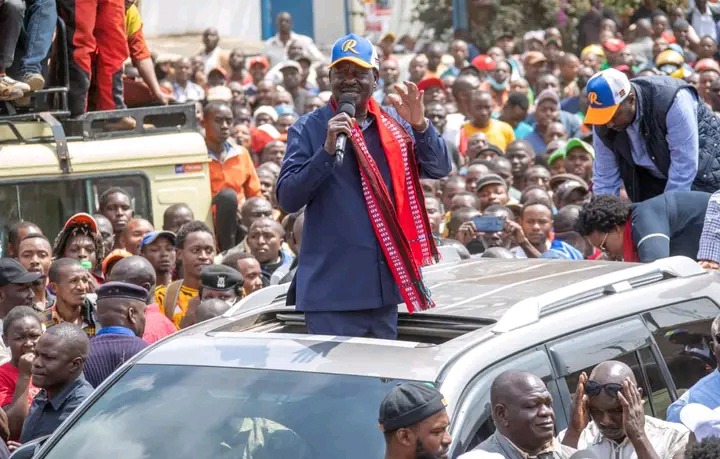 This comes after several times deputy president William Ruto directed blame to handshake partners they are the causes of failed jubilee agenda four. 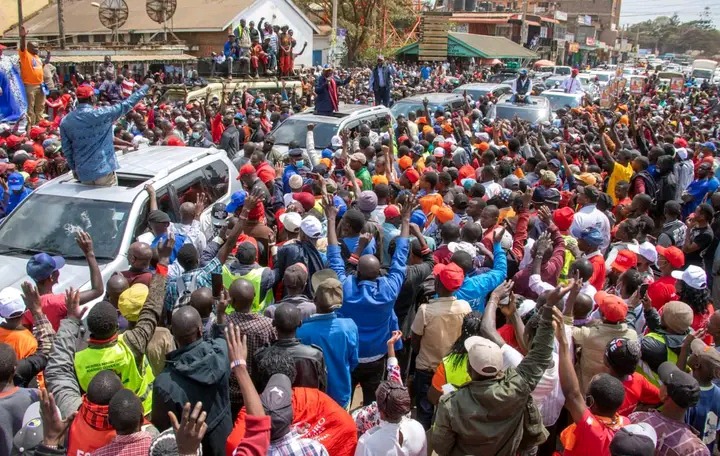 The Azimio candidate also called out to the deputy president that he never used to help his boss, President Uhuru, with work rather than 'kutangatanga' that's why the president decided to give Interior Cabinet Secretary Fred Matiang'i his government roles to perform. 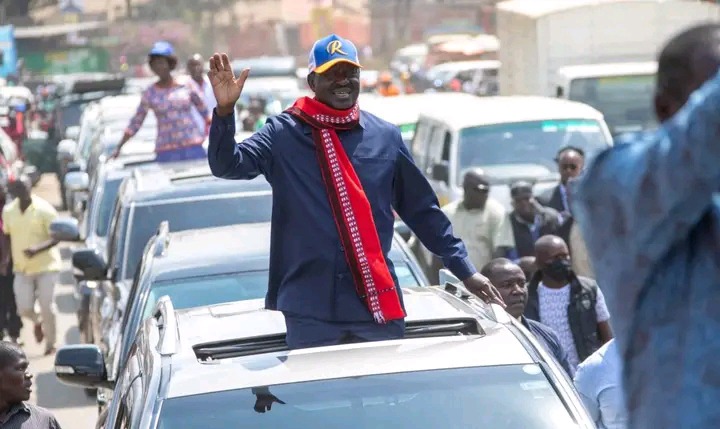 He said he should not blame anyone but himself for what happened to him.

Content created and supplied by: Skydigital (via Opera News )