Former Sports Cabinet Secretary Rashid Echesa can breathe a sigh of relief after a magistrate's court acquitted him of wrongdoing within the KSh 39 million fake firearms case. 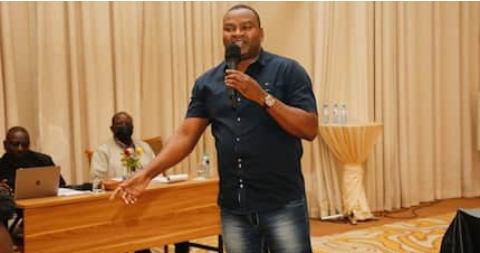 Echesa was unchained alongside the opposite three suspects identified as Daniel Otieno Omondi, Kennedy Oyoo Mboya, and Clifford Okoth.

He and other suspects denied the fees. However, businessman Chrispin Odipo Oduor was found to own a case to answer.

The former CS was accused of masterminding the fake firearms deal whose end game was to con an American firm and its investors the aforementioned amount of cash.

He faced variety of charges, including conspiracy to commit a felony, making documents without authority and obtaining money by misdemeanour.

The youthful politician allegedly received a bribe of KSh 11 million from foreign investors to facilitate the deal within the Office of the Deputy President.

The Ministry of Defence denied any involvement within the infamous KSh 39.5 billion arms case. The ministry explained it's in situ an elaborate procurement process that ensures transparency and accountability in such matters.

Ruto's communications secretary, David Mugenyi, stated Echesa found an empty office when he visited Harambee House Annex on Thursday, day, within the company of two men and claimed he had a rendezvous with the DP.

The communication secretary said the ex- CS only accessed the general public room and spent 23 minutes in Harambee House Annex.

Opinion: Do You Think BBI Will Pass?