Raila Changes Tune On Wednesday Demos Alleges What He Will Be Doing Instead. 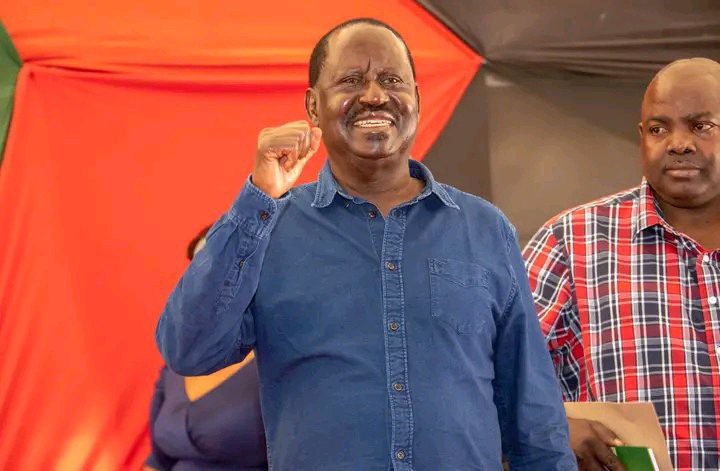 Currently, Raila Odinga is claiming that the reported demonstrations on Wednesday against the removal of the four IEBC commissioners will actually be a consultation gathering.

Raila stated during the Azimio Coalition press conference that the event won't be a protest as originally anticipated but rather a gathering to get feedback from his supporters on the potential course of action to take after Ruto's administration decided to remove the four IEBC commissioners from their positions.

Raila Odinga emphasized that the gathering at Kamukunji was a peaceful public consultation meeting and not a protest.

It has been decided that the press conference, which David Murathe, Jeremiah Kioni, Martha Karua, and other representatives from other political parties attended, will proceed as scheduled, but supporters will voice their concerns to the leaders of Azimio instead of protesting in the streets. 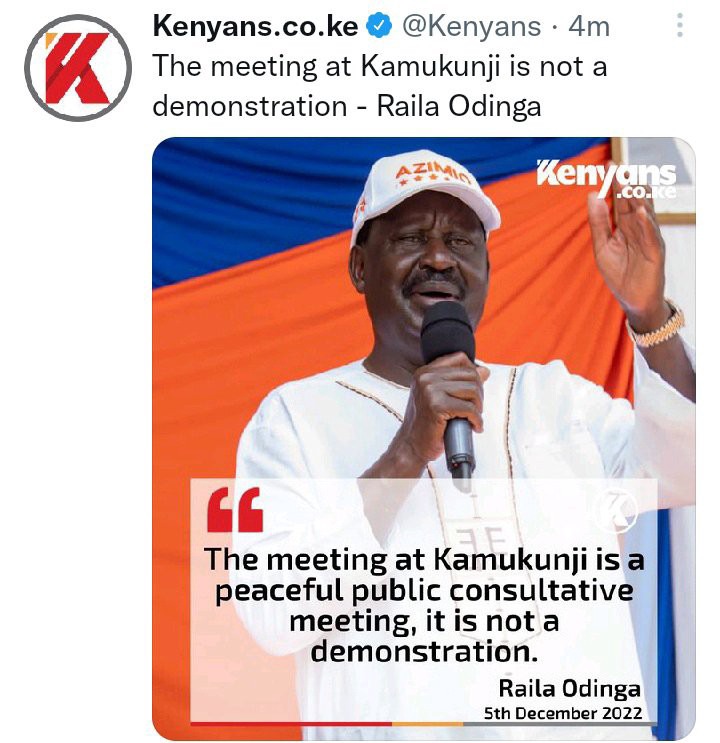 Ruto had advised Raila earlier today to use the courts rather than hold protests in the streets.