Crowd Shout Back at Cs Wamalwa as He Asked if They Will Support; "Raila's Azimio or DP Ruto" -Video 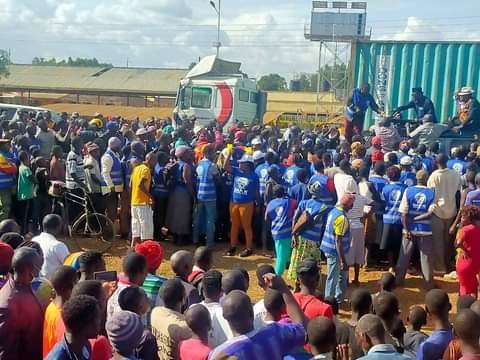 Today, members of the DAP-Kenya party. CS Wamalwa, Mp Eseli Simiyu, and Wafula Wamunyinyi are among those leading the charge. We successfully conducted stopovers and consultations with hundreds of residents in Transnzioa County. Who had flocked to the region in great numbers to witness their tour? As they began to spread the word about their newly formed party, DAP Kenya, In response to the event, Cs Wamalwa declared that they had resolved to rally behind Raila's presidential bid as DAP-K members. The Cs lauding Raila reassured residents that Raila had the potential to alter their lives in the next five years. If he is elected as Kenya's fifth President, he will be the country's fifth President.

Raila's tenure expires, the cabinet secretary pledged. Then, by 2027, he will ensure that Raila also sponsors one of their own. CS Walamwa concluded his remarks. Locals were polled to choose who they would want to support between ODM leader Raila Odinga and Deputy President William Ruto.

which roughly translates as "Whom will you support, Transnzoia's people, between the man from the lake (Raila) and the one from Sugoi (DP Ruto)?" 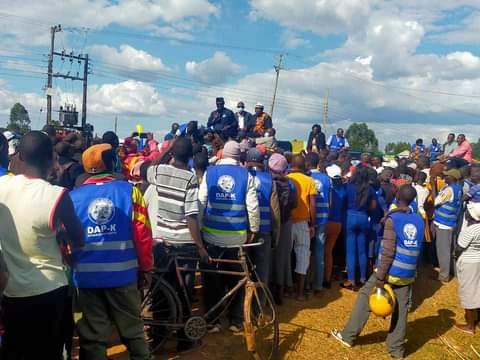 The audience chanted "Raila" in unison in response to him. A reaction that implied they were in agreement with CS Wamalwa's words in support of Rails' presidential candidacy. 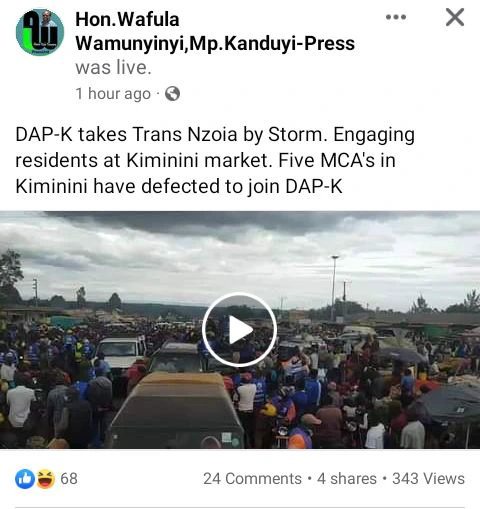