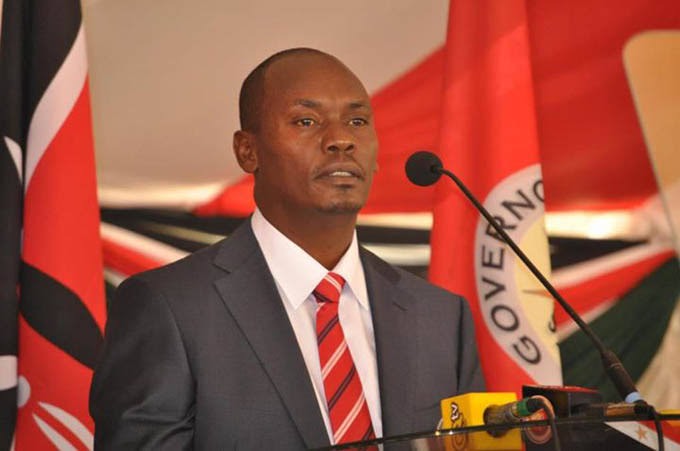 While communicating through a phone call with the Standard Digital, the former governor has noted that he is not part of the ruling party.

"I am not a member of the ruling Jubilee party, I resigned from the party in 2017 after the general elections. I will sue anyone who is spreading the rumours,"Governor William Kabogo noted. 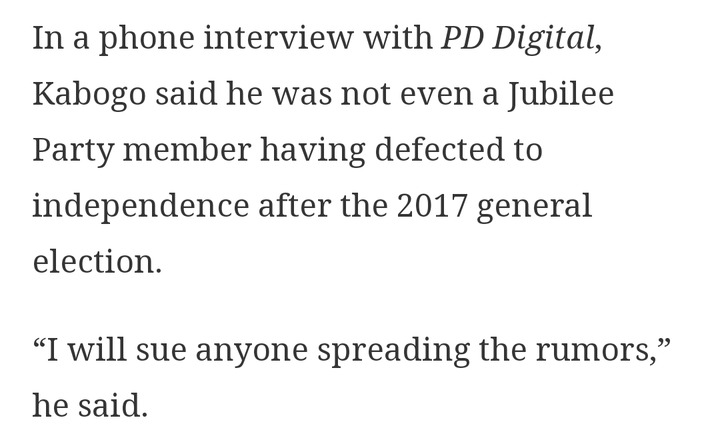 This comes after a local newspaper noted that he had conceded defeat on behalf of the ruling party in the ongoing vote counting in Juja constituency by-elections on Wednesday morning.

It had been alleged that the close ally of president Uhuru Kenyatta had issued the following statement agreeing that Moses Kuria's candidate George Koimburi would end up the winner.

“As one who has been honored to serve the people of Kiambu Governor County as the former governor and previously as a long-serving member of parliament for Juja constituency, I believe that we must now put the divisions of the campaigns behind us and pursue a common goal of uplifting and serving the people of Juja. We mounted a spirited fight, but the people of Juja decided otherwise.”

A Netizen Cries Over Police Brutality, Narrates How Her Friend Was Totured Because Of This Reason

Parents Should Start Preparing On The Following Things After Form One Selection Is Done.

"Arsenal Target is Not an Upgrade of Granite Xhaka"

4 Red Signs Your Relationship Will Disappoint You.