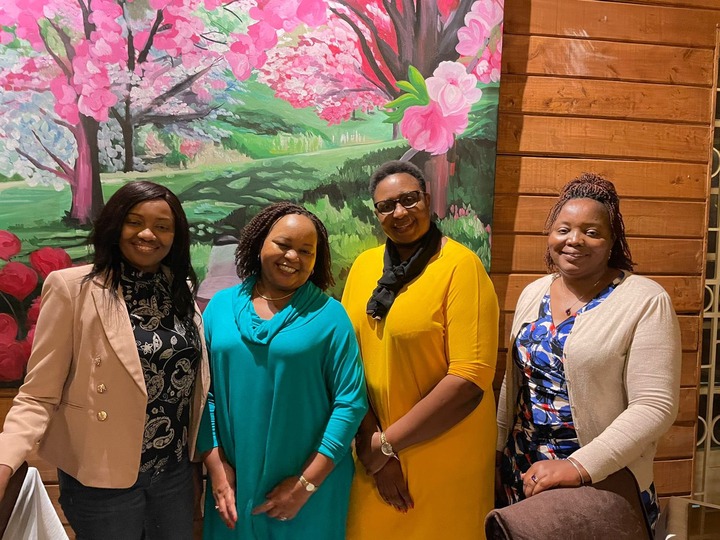 They say that politics is a dangerous game that only those with a heavy heart will be in a position to patiently venture into.

This might be the reason that most Kenyans have elicited mixed reactions to photos of Kirinyaga county governor Anne Mumbi Waiguru with close allies of the deputy president William Ruto.

Among them are some of the leaders who have been attacking her greatly for not being on their political side and supporting the faction of the Head of State president Uhuru Kenyatta. 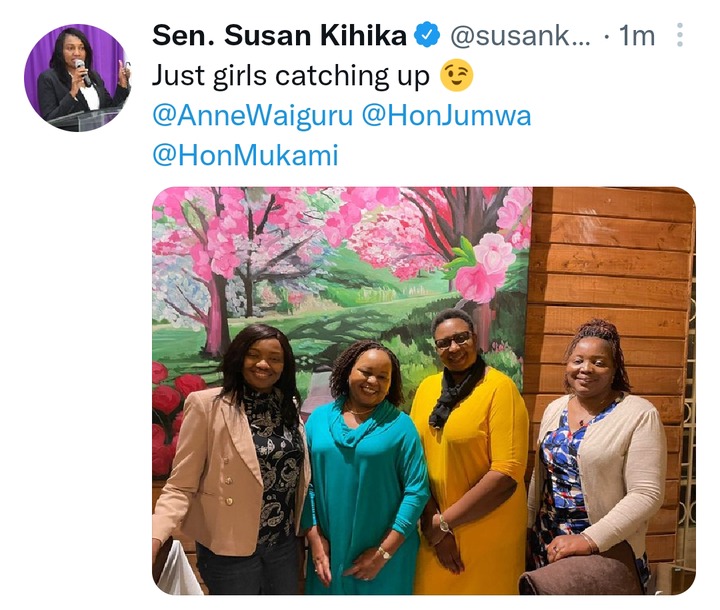 Susan Kihika is among those on record for having called Anne Mumbi Waiguru all sorts of names and even calling her out for not being on the 'right' side of history.

Another top politician who has been attacking her is the Malindi constituency Member of Parliament Honourable Aisha Jumwa bit this time round she met the governor.

Nyeri county woman representative Honourable Rahab Mukami has had a very humble political career and she is not known to spit alot of political anger outside there.

After their meeting, the question remains, what happens to the Kirinyaga county woman representative Honourable Purity Ngirici? Will they still support her fully?

Their meeting is interpreted to mean that they are laying the foundation to introduce the Kirinyaga county governor Anne Mumbi Waiguru to His Excellency the deputy president William Ruto.

The Kirinyaga Governor Anne Waiguru has already given the clearest indication that she is considering joining the Deputy President William Ruto-led United Democratic Alliance (UDA) to seek re-election under the party’s ticket. 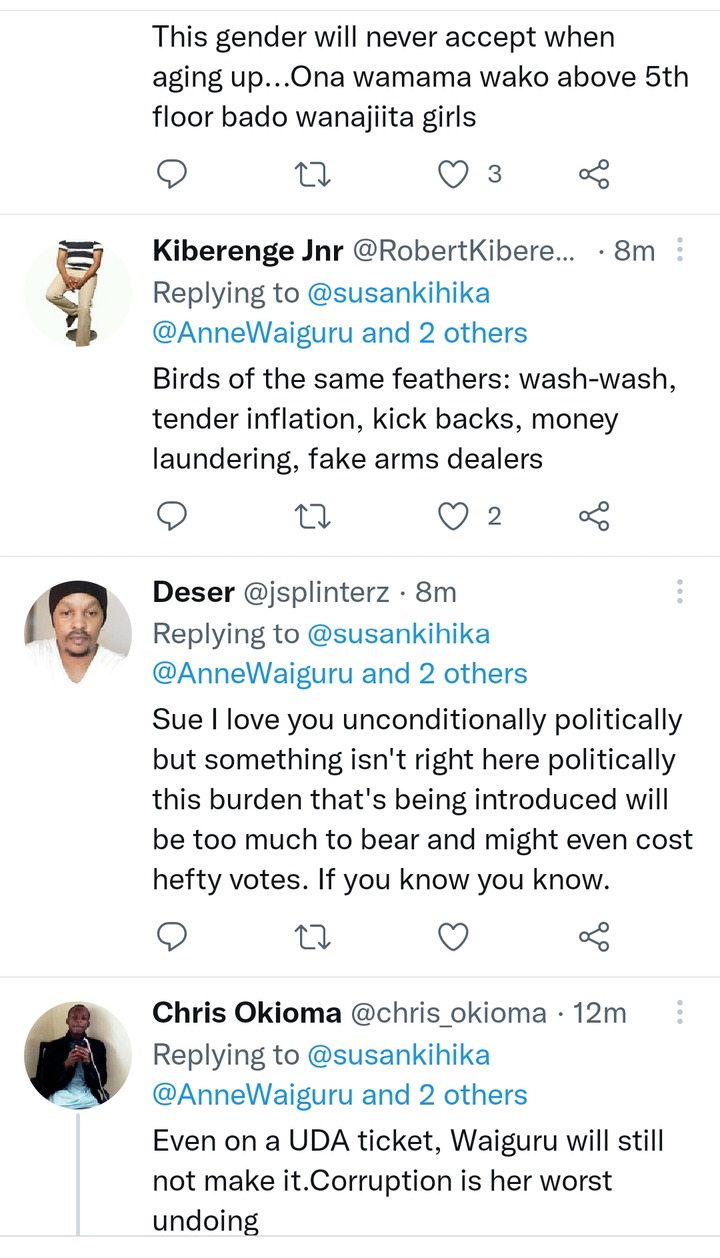