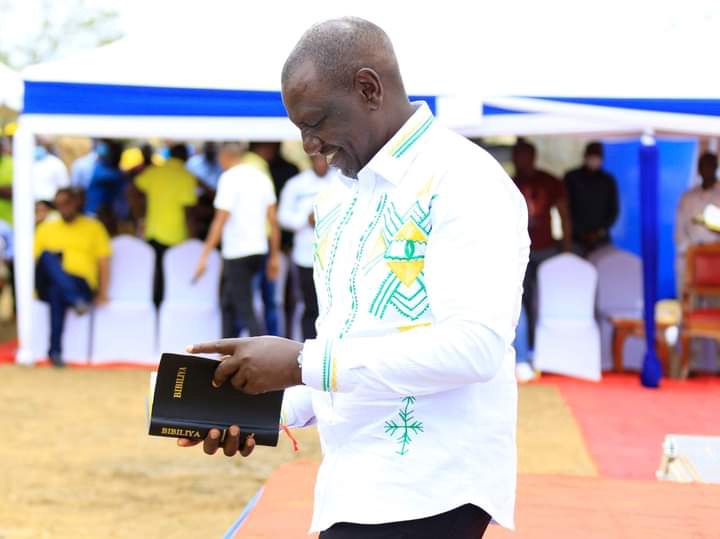 With less than a year to the next general election, leaders who are seeking elective positions and especially those seeking to unseat Uhuru are trying to use sweet words to gain ground and support.

Kanini Kega today took to his Facebook page revealing what Uhuru has been saying or rather said as he warned some Kenyans thinking the government belongs to two people.

Kega on his Facebook page said it was clear that the government belong to president Uhuru and not Rutoas he warned Kenyans against electing such leaders. 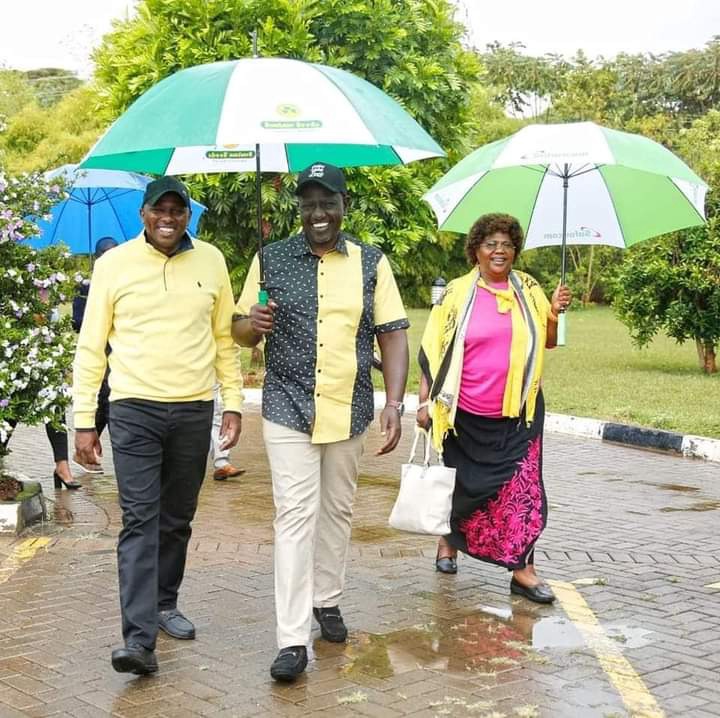 The legislature has been an ardent supporter of the ODM party chief, Raila Odinga, who is competing with Ruto in next year's polls.

However, Kenyans have reacted to Kanini's message on Facebook as they tell him the following to him. 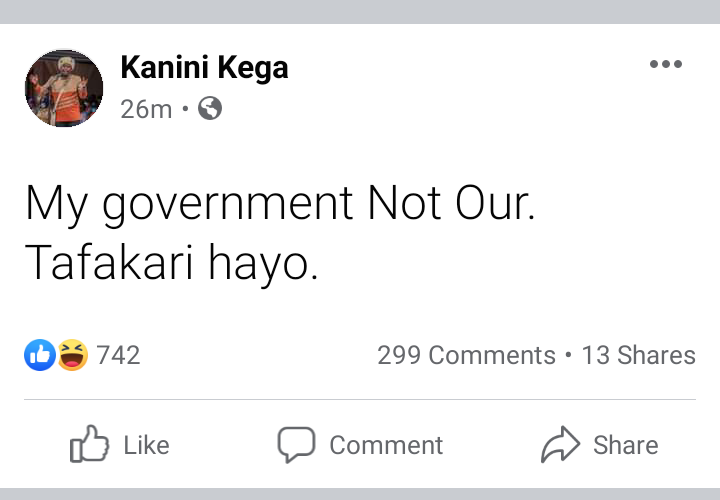 Philmon Koech: Even during kibaki speech was my government..mtu akiingia mawe anasahau Mambo haraka aje,,can you revisit the last 7 SONA and listen,, return your mindset first and follow.

Cheserek Sammy: Of course we have one head of state...

Simon Robert: Stop being cheap. It has never been our government.

Andrew Njoka: You cannot match the politics of william ruto mhesh even if you criticise him day and night. Save your energy. Ruto is a wave to watch.

Ruto hecklers in Jacaranda must be arrested - Ruto ally says