Election Cycle: Victims of the 2007 election speak on upcoming election

By TopReport (self media writer) | 1 month ago 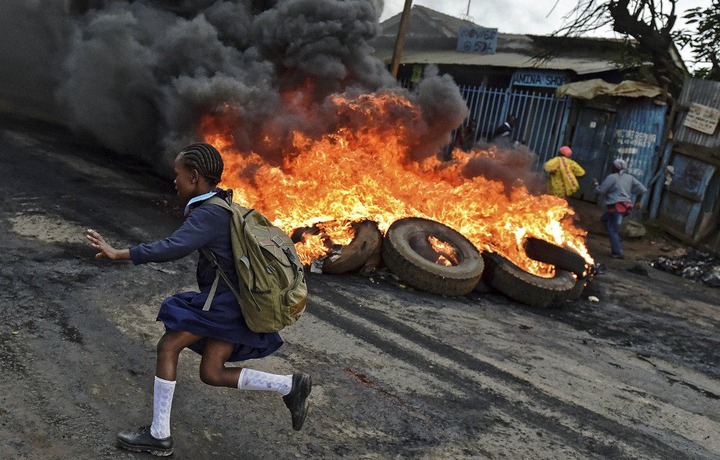 The victims off the 2007- 2008 post-election violence hold the memory of this past of the torment and pain that have experienced from it. They have lost loved once, their lives changed drastically and for some, they still seek justice for their loved once.

In Kisii County, a mother remembers the loss of her child during the 2007-2008 election violence. Her innocent child had taken breakfast and then went to play with friends. Unfortunately, the child was hit by a stray bullet, while playing in the balcony. The shock of losing her made her move to her home in Kisii County. The husband, however, still resides in Nairobi. The desperate couple had once forwarded the case for investigation, in which the court ruled in their favour, for an active cover up of the shooting of the innocent child. But in time, there has been no update given, the matter went silent. The mother now says she will not vote in this upcoming election, while the husband urges Kenya's to accept the election results and to move on. 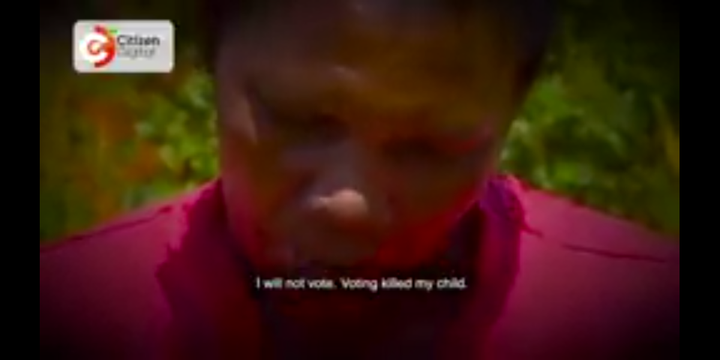 In Nairobi County, another victim lives to tell the story of the day she lost her child in the fire. It was during the night that she and her children had gone to sleep, when suddenly she saw her house was in fire. That was the time she lost her child. Her scars from the fire are a constant reminder of her loss. She says that she also is not as energetic as she was back in the day. This event made her change her name from Amina Mohamed, since, at the time she had not yet received her ID. She says she will vote, not for what the leaders will provide but just for the sake of it. 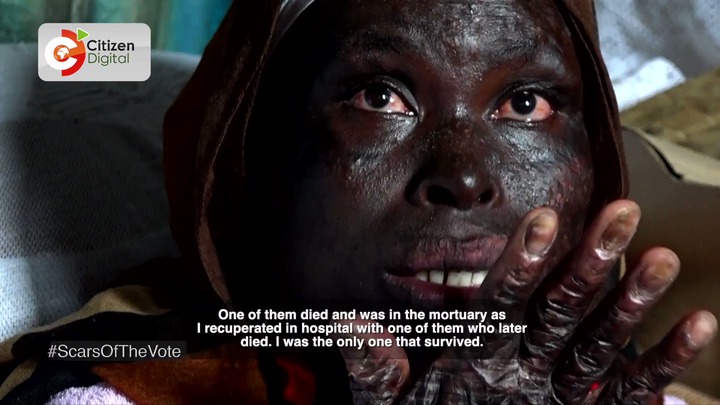 In Kericho County lies another victim. She explains the painful event that happened on that unfortunate day. She says that the men came in and begun to torture them, all in the name of " Kura Yetu". They first begun with the husband, torturing him to death. They then moved on to the wife. They burnt her face and left her to die. She fortunately found herself alive, but in a pile of bodies in the mortuary. This trauma had haunted her for some time. She tells of a time when she had to cover her face, just to feed her child, for he kept on crying. But now, that bundle of joy has become her source of living, and the child loves her mother and accepted her. The election violence of 2007 has made her to never want to ever cast her vote. 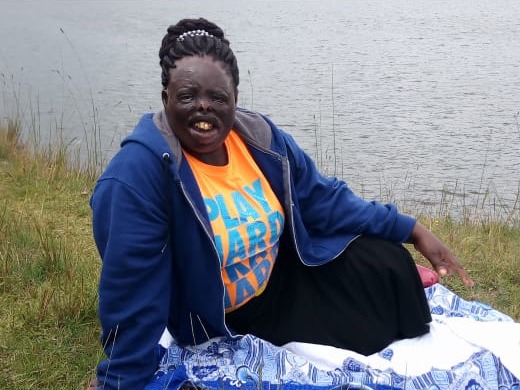 Bungoma County, is faced with local politics also. An unnamed victim claims that the leaders of the area take advantage of their situation to ask for votes, promising to sort out their issues. During the 2007-2008 post election violence, some of the protestants went round to look for who each of the residents had voted for, and they would cut slaughter those who voted for the ones they did not approve of. Some women were even raped. This past reminder makes the unnamed victim even afraid to say her vote in public. She says she votes, but she knows there is no hope of change at the end of it.

The post election violence has changed drastically the lives of many of the victims. The KNCHR claims that most of the victims were from the Nairobi Slums. Attacks were mainly based on ethnicity and political preferences.

Content created and supplied by: TopReport (via Opera News )

"RIP Mum, God Is Watching" Son Says Tearfully After His Mother Is Raped And Brutally Killed